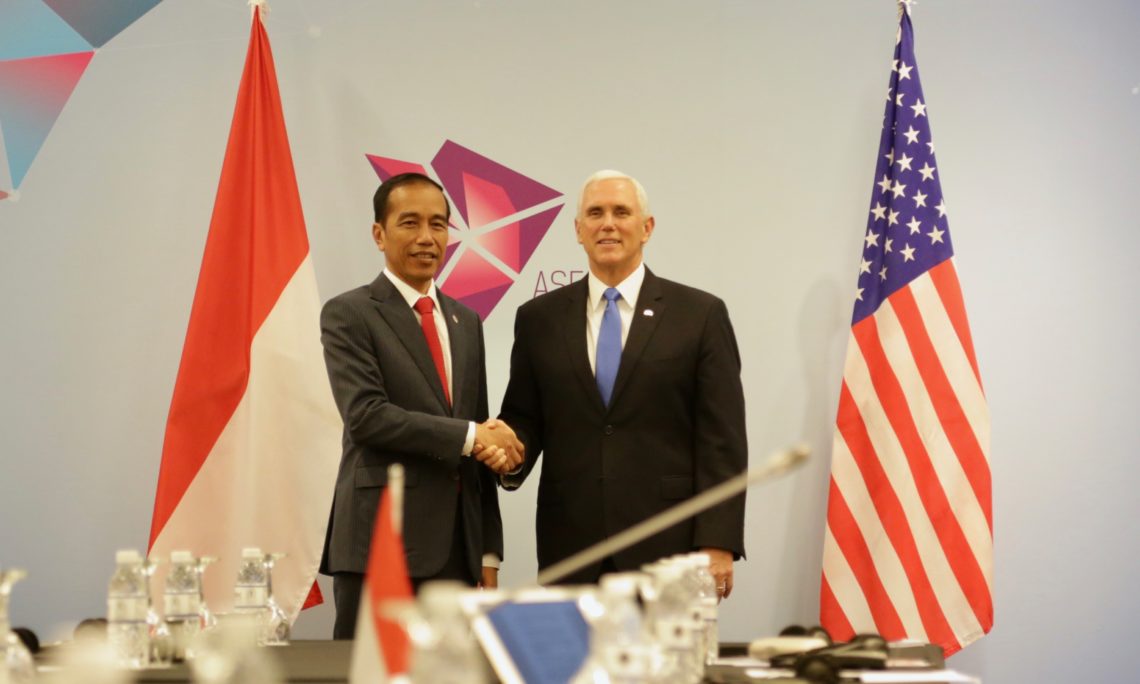 The Vice President met today with President Joko Widodo of Indonesia to reaffirm the United States-Indonesia Strategic Partnership. The Vice President conveyed condolences for the victims and families of those affected by the recent earthquake and tsunami in Sulawesi, Indonesia; the United States contributed almost $12 million in disaster assistance for relief efforts. The Vice President congratulated Indonesia on its selection to the United Nations Security Council in 2019. The two heads of delegation agreed to strengthen cooperation across security and economic issues, including maintaining the North Korea pressure campaign, upholding freedom of navigation in the South China Sea, improving the humanitarian situation for the Rohingya, and increasing two way trade. They agreed to promote shared principles, values, and norms for a free and open Indo-Pacific based on Association of Southeast Asian Nations (ASEAN) centrality, and looked forward to celebrating the 70th anniversary of bilateral ties in 2019.