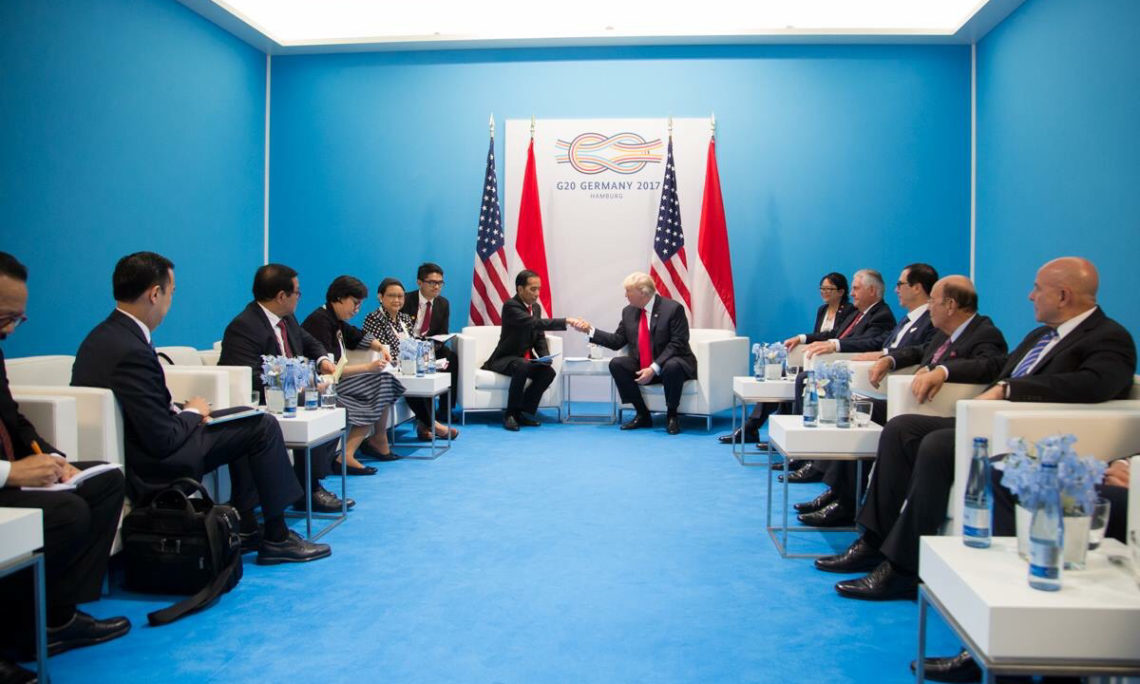 President Donald J. Trump met with President Joko Widodo today at the G20 Summit in Hamburg, Germany. The two leaders emphasized their commitment to strengthening the United States-Indonesia strategic partnership, which is grounded in the interests and values shared by two of the world’s largest democracies. They discussed ways to expand fair and reciprocal trade between their countries, as well as ways to strengthen defense cooperation. The two Presidents underscored their resolve to defeat terrorist networks in Southeast Asia and around the world, and emphasized the importance of isolating terrorists from financial and ideological support. The two leaders pledged to continue to coordinate closely on other threats to international security, including North Korea’s nuclear and missile programs.