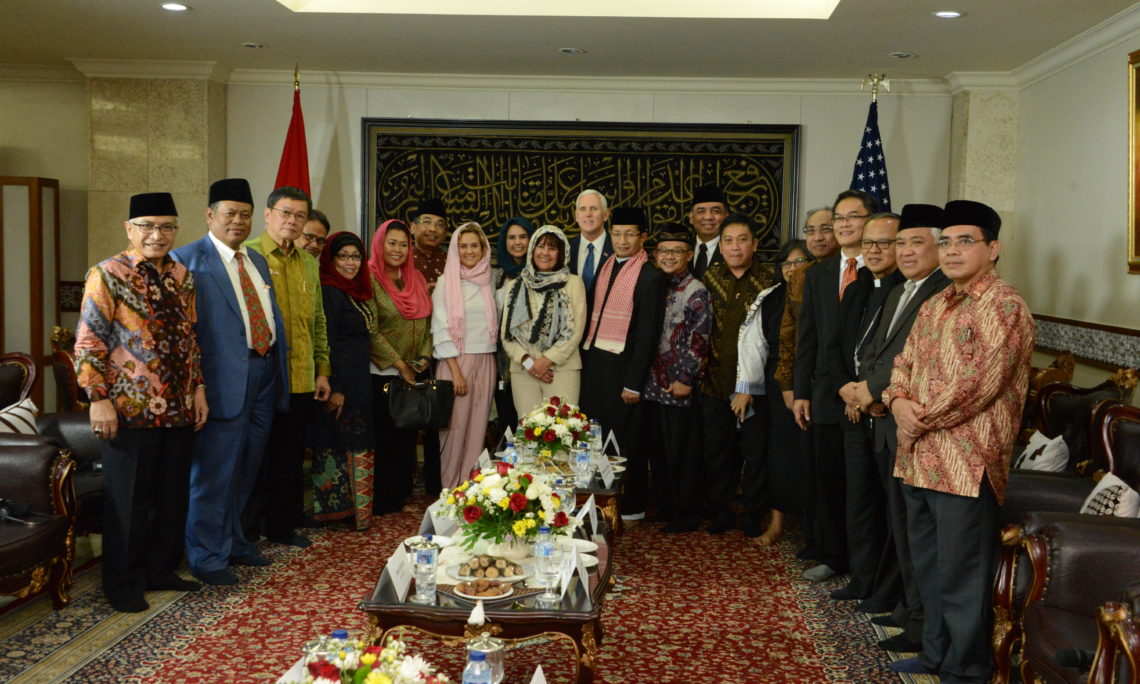 Today (April 20), Vice President Mike Pence participated in an interfaith dialogue with faith leaders of Islam, Buddhism, Christianity, Hinduism, and Confucianism at the conclusion of his tour of the Istiqlal Mosque in Jakarta, Indonesia. Vice President Pence expressed appreciation to Indonesia for its shared commitment to religious freedom and reaffirmed that the United States will continue to defend this fundamental freedom, at home and abroad.

Dr. Bahrul Hayat – Vice Chairman of the Executive Board, the Istiqlal Mosque

Dr. Din Syamsuddin – Chairman of Advisory Board of the MUI