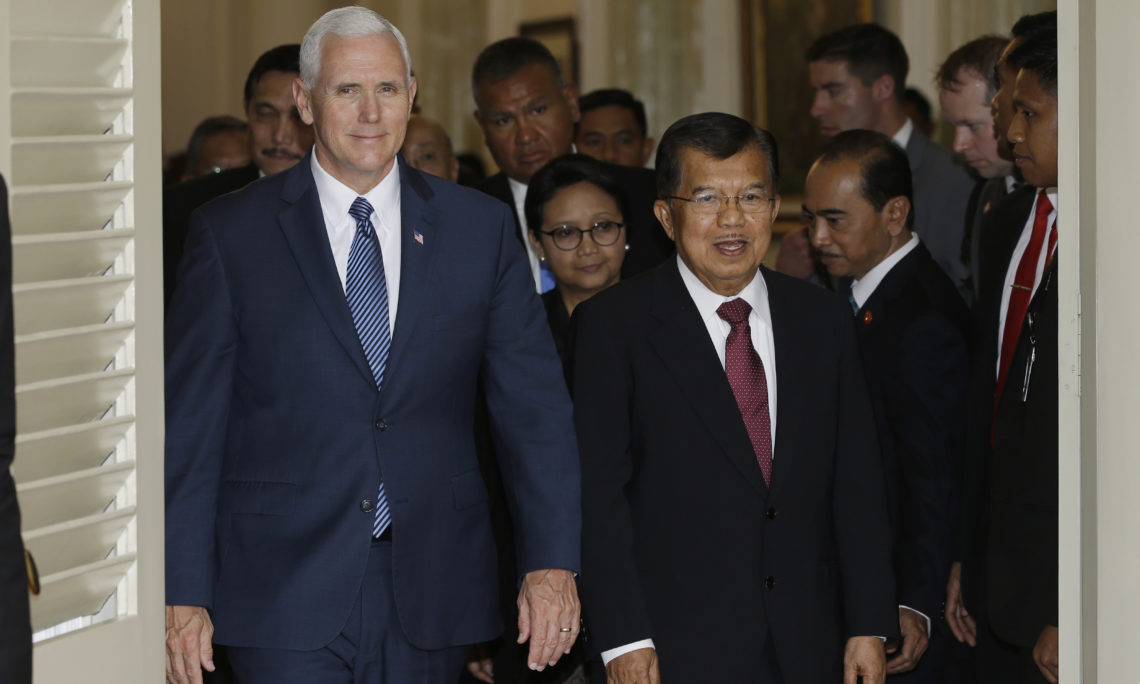 U.S. Vice President Mike Pence, left, walks with his Indonesian counterpart Jusuf Kalla, right, after their meeting in Jakarta, Indonesia, Thursday, April 20, 2017. Indonesia is the latest stop on an Asian tour by Pence that is reinforcing traditional U.S. alliances at a time when Donald Trump's pre