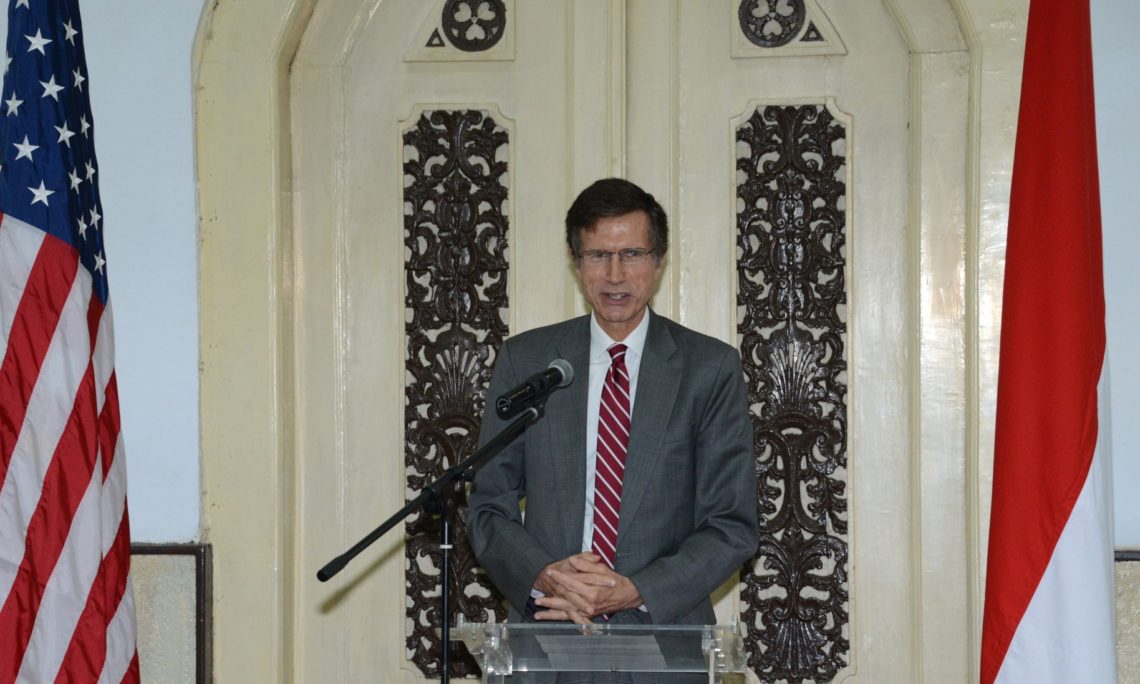 Remarks by Ambassador Blake at the Raden Saleh Mansion, Jakarta

Selamat pagi. It is with great pleasure that I’m able to be here this morning with all of you, especially:

I am delighted to represent the U.S. Government at this important ceremony to mark the handover of documentation to help preserve this unique and historical building. I want to commend Pak Alex and Pak Haria for their wonderful explanations of the building’s history.

The United States is very pleased to support the preservation of cultural heritage sites in Indonesia and around the world.

We implement these projects in close collaboration with the Government of Indonesia, the Indonesian people, expert institutions and non-governmental organizations who work in the area of cultural preservation.

By taking a leading role, actively participating and giving grants in efforts to preserve cultural heritage, the United States demonstrates our respect for other cultures.

Raden Saleh was a pioneering Indonesian painter of Arab-Javanese ethnicity considered to be one of the first “modern” artists from Indonesia.

His work is internationally known and included many symbols of the people’s struggle against colonialism, exemplifying his effort to liberate people through his art work.

The mansion, which he designed himself, symbolized the principle of equality.

In 2015, the U.S. Embassy funded the research, documentation, assessment, and analysis of this important cultural heritage site of the Raden Saleh Mansion at Cikini Hospital.

This is the first step before a conservation plan and proper restoration can be carried out.

Today, we recognize that cooperation. Various entities came together including the Embassy, the Ministry of Education and Culture, the City Government of Jakarta, the Foundation of Rumah Sakit Cikini, and the Indonesian Center for Architecture Documentation (PDA) along with other professionals, communities active in preserving cultural heritages, and the private sectors on this project.