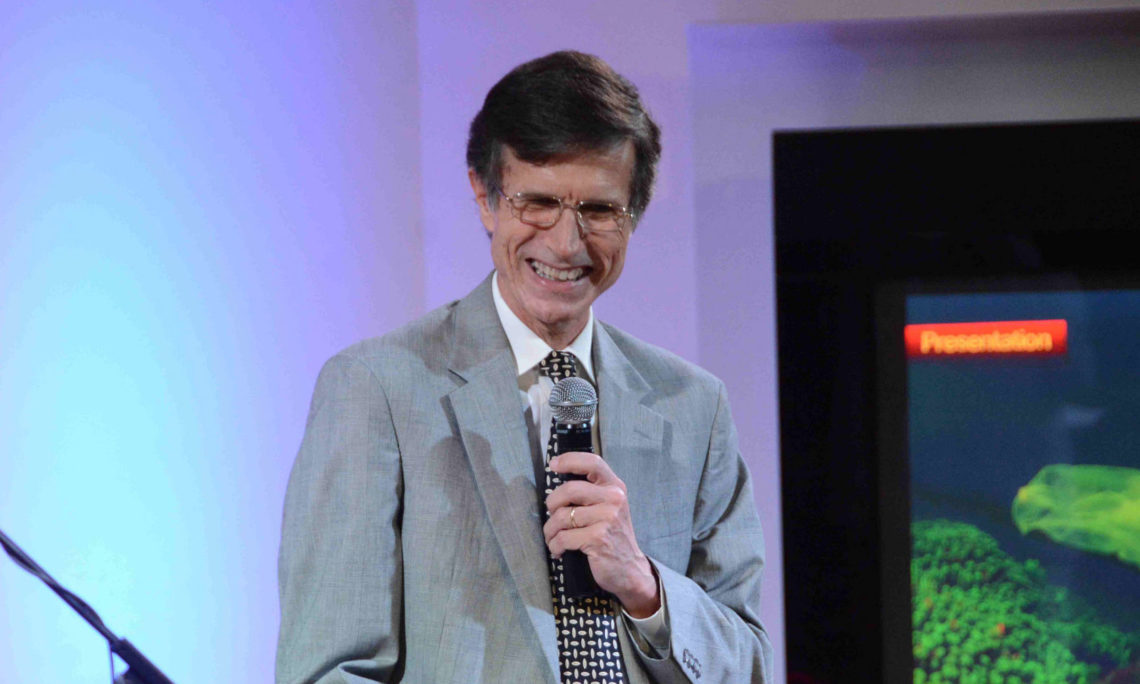 Welcome to @america to a really exciting program on an issue that concerns us all: marine pollution!

Two months ago, the United States joined Chile in hosting the second Our Ocean Conference, with over 400 leaders from government, academia and civil society from around the world.

This conference highlighted the challenges facing our global ocean today.

Today, the U.S. Embassy in Jakarta is hosting the third of four events in a campaign called “Laut Kita,” or Our Ocean. Because there is only one interconnected and interdependent ocean, the challenges of overfishing, ocean acidification, and marine pollution affect us all and require a shared global approach.

I invite all of you to join us in this campaign and help us raise awareness of the need to protect and conserve our ocean.

This afternoon we will also announce the winner of our “Laut Kita” slogan contest, which will result in a trip to Nusa Penida near Bali for the winner.

There are many challenges facing Our Ocean.

The chemistry of our ocean is changing rapidly.  Nearly a third of greenhouse gasses that are coming out of tailpipes of cars and motorcycles and smokestacks of power plants end up getting absorbed by the ocean causing the ocean to become more acidic, stunting the growth of shellfish, degrading coral reefs, and putting the entire marine food web at risk.

Nutrient pollution from agricultural runoff, sewage, and wastewater discharge can overload marine environments with nitrogen and other nutrients, resulting in algal blooms.

When they die, those algae consume oxygen and in turn can leave behind low-oxygen “dead zones” where fish and other marine life cannot thrive.  Roughly 500 dead zones exist today around the globe.

On top of all that, our ocean is taking in huge amounts of pollution – 8 million tons of plastic every year.  According to Science magazine, the global quantity of plastic in the ocean will nearly double to 250 million metric tons by 2025 if we don’t make some real changes and soon.

To put that into context, the ocean may contain one ton of plastic for every three tons of fish if that happens.  That’s why it’s critically important that we start talking about this challenge today.

This is particularly important for Indonesia because a recent study found that Indonesia is the second largest source of ocean trash after China.  But it is also important because all that trash washes up on Indonesia’s beaches and can discourage tourists from coming to Indonesia.

80% of the pollution and marine debris that ends up in the ocean comes from land-based sources.  That means that we as consumers have a big role to play in determining how this story ends.

So what can be done?  The United States is supporting the development of waste-to-energy demonstration projects in both the Philippines and Indonesia, including in the city of Bandung.  If successful, that model could be replicated elsewhere in Indonesia and used to reduce the amount of land-based trash that ends up in the ocean.

Here in Indonesia, the United States is also providing substantial support to improving urban sewage management in 54 high density cities and districts in Indonesia, a significant source of waste that often ends up in marine and coastal environments.

But there are a lot of other really exciting efforts under way around the world where people are taking innovative approaches to addressing the challenge of marine pollution.

This afternoon, we have an opportunity to learn about the scope of the marine pollution problem and to explore ways to confront this shared challenge going forward so that we can keep our rivers, beaches, and ocean pristine for the next generation.

I’m very pleased that Pak Veriady and our distinguished panelists are here to share their knowledge with us, and look forward to the program.  Thank you.