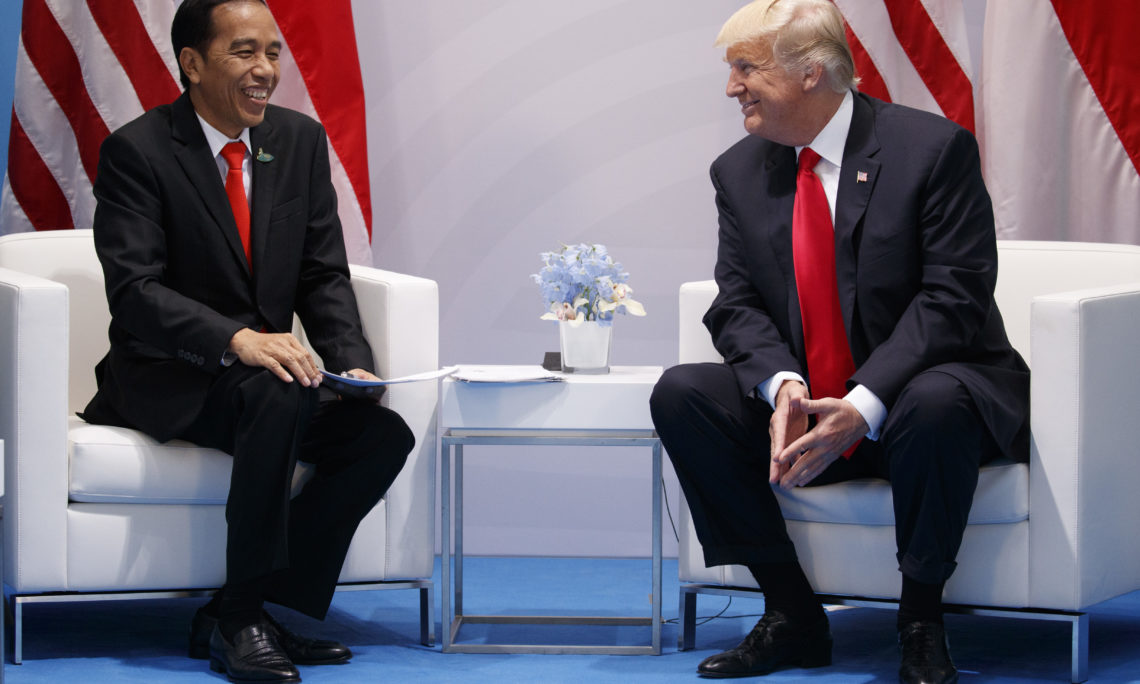 PRESIDENT TRUMP: Thank you very much. It’s my great honor to have the President of Indonesia, a country that is doing extremely well — and I would imagine a big part of that is leadership. Do you agree with that? (Laughter.)

We’ve become friends, and we’re going to be doing a lot of deals together — trade deals. We have our whole trade delegation here, and we will start doing a lot of trading with Indonesia. We do very little business, relatively, now. But we are going to do a lot of business.

So, Mr. President, it’s a great honor to have you.

PRESIDENT WIDODO: Thank you for this meeting, President Trump. First and most importantly, I need to deliver to you warm greetings from your millions of fans in Indonesia. (Laughter.)

PRESIDENT WIDODO: They are only interested in one thing: When can they personally welcome you to Indonesia?

PRESIDENT WIDODO: I can get into serious trouble if I don’t bring back some good news for your millions of fans in Indonesia. (Laughter.)

Second, I wanted to convey our sincere appreciation for Vice President Michael Pence visit to Jakarta —

PRESIDENT TRUMP: That’s right. He did.

PRESIDENT WIDODO: — three months ago. We really, really appreciate that your administration choose Indonesia as one of the four stops on your Vice President’s tour around Asia.

Vice President Pence underlined the commitment of the USA to strengthen the strategic partnership with Indonesia. From our perspective, his visit was very, very successful. So once again, thank you.

PRESIDENT TRUMP: Thank you very much.