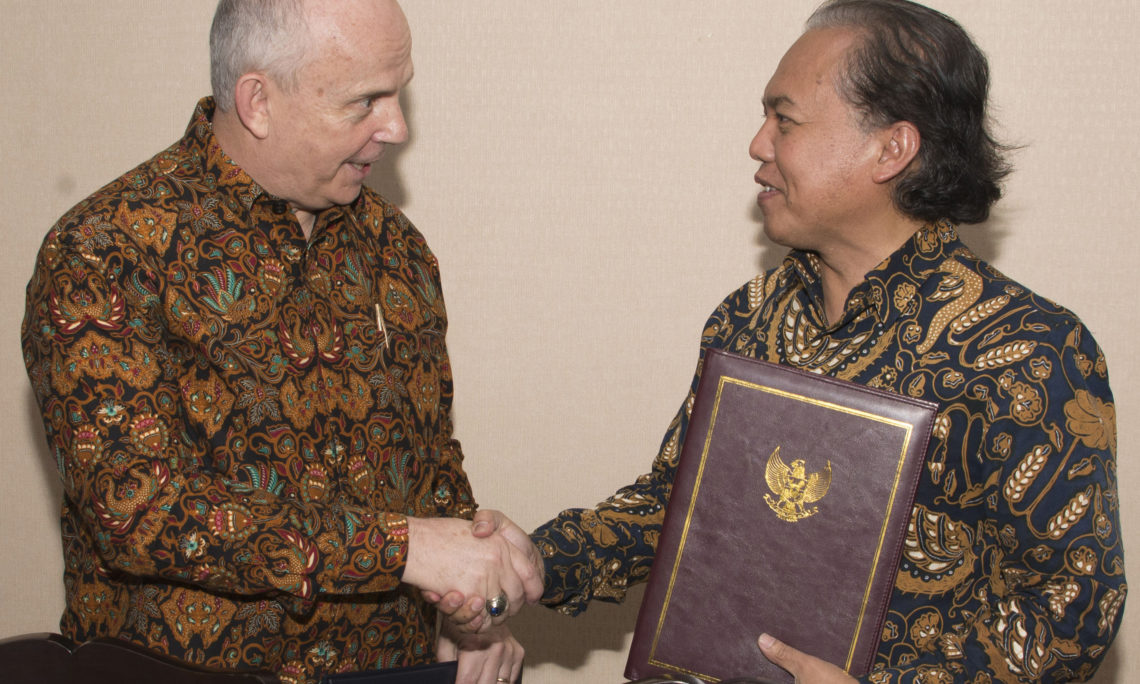 Jakarta — On September 28, 2018 in Jakarta, Director General for America and Europe of the Ministry of Foreign Affairs, H.E. Muhammad Anshor, representing the Government of Indonesia, and Ambassador of the United States of America to Indonesia, H.E. Joseph R. Donovan Jr., representing the Government of the United States, signed a Letter of Intent on Promoting Strong Cyber Space Cooperation. The Letter of Intent embodies the commitment of the two countries to boost cooperation in cyber space as agreed during the visit of President Joko Widodo to the United States in October 2015.

Director General Anshor emphasized that “international cooperation in the cyber realm, including with the United States, is important to address the continuous evolution of challenges and problems in cyber space”.  Meanwhile, Ambassador Donovan stated that “The Letter of Intent builds on existing partnerships and deepens cooperation on cyber space that supports our vibrant democracies and economic growth.”

The signing ceremony was also attended by representatives of the relevant Ministries / Institutions in Indonesia including, among others, the Coordinating Ministry for Political, Legal, and Security Affairs; The State Cyber and Crypto Agency; Indonesian National Police; and relevant units in the Ministry of Foreign Affairs.

The Letter of Intent will become the framework for advancing cooperation and development of national cyberspace capacity and for empowering the newly established State Cyber and Crypto Agency as Indonesia’s focal point for executing cyber security tasks.

Several areas of cooperation highlighted under the Letter of Intent are, among others: discussion on the development of national cyber strategy; national incident management capabilities; capacity building and cooperation in countering cyber crime; and increasing cyber security awareness.  The two countries will work on an action plan to identify concrete activities under the Letter of Intent.