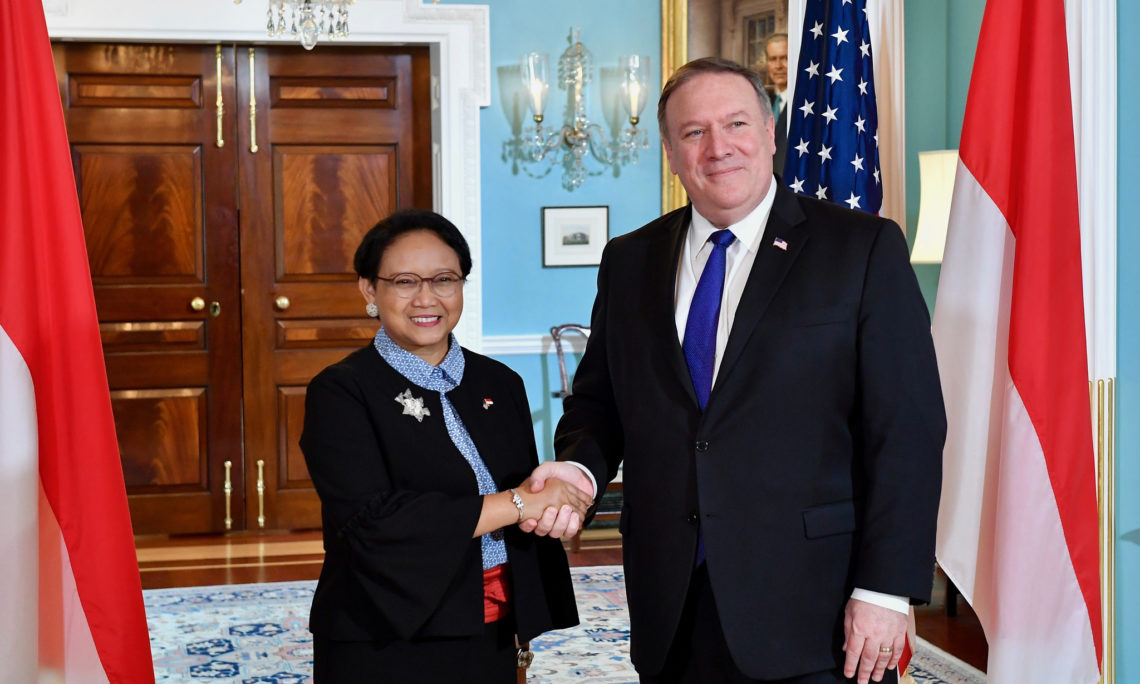 The below is attributable to Spokesperson Heather Nauert:‎

Secretary Michael R. Pompeo spoke with Indonesia’s Minister of Foreign Affairs Retno Marsudi on October 10 to convey his condolences and continued support to those in Indonesia affected by the earthquake and tsunami that struck Central Sulawesi on September 28. Secretary Pompeo and Foreign Minister Marsudi discussed Indonesia’s efforts to respond to the natural disaster and ongoing U.S. assistance to the relief effort. The United States has provided a total of $3.7 million in humanitarian assistance through USAID, and deployed three C-130 Hercules transport aircraft to aid in the delivery of humanitarian supplies to assist people in need in the affected area.