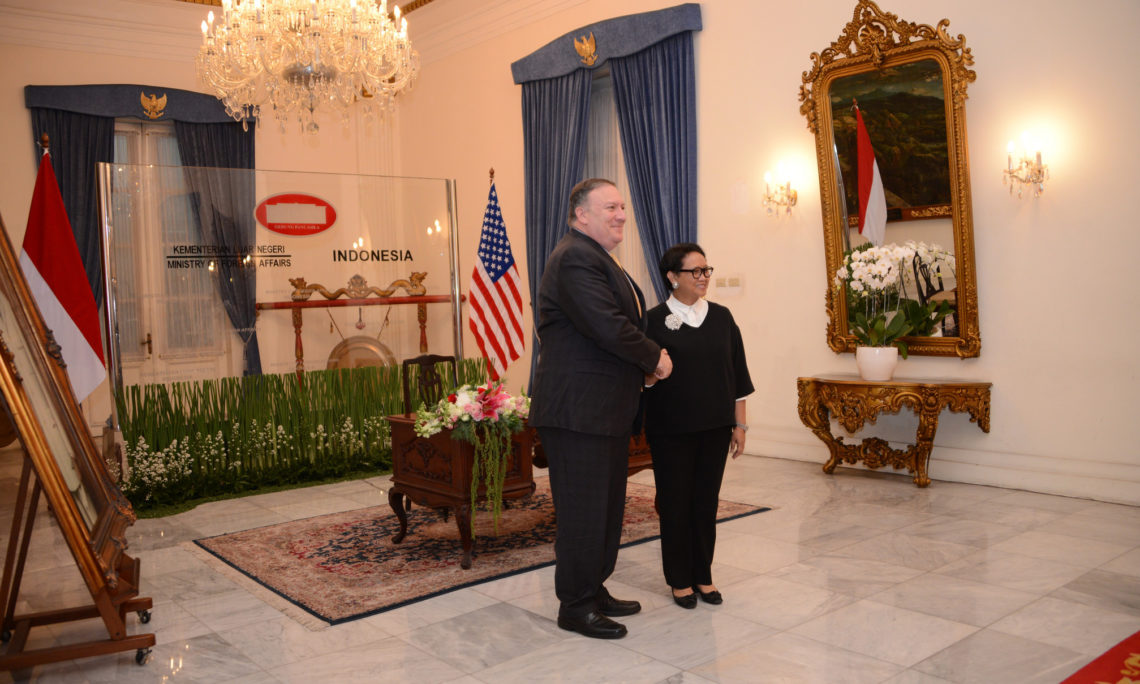 The below is attributable to Spokesperson Heather Nauert:‎

Secretary Mike Pompeo met with Indonesian Foreign Minister Retno Marsudi in Jakarta on August 4, reaffirming close bilateral relations and a strong U.S.-Indonesia Strategic Partnership as we look ahead to celebrating 70 years of diplomatic ties in 2019. The Secretary thanked the Foreign Minister for Indonesia’s leadership role in ASEAN, and congratulated Indonesia on its upcoming term in the UN Security Council. The Secretary and Foreign Minister also discussed bilateral cooperation and multilateral engagement on regional security challenges, including the DPRK and counterterrorism, as well as other foreign policy issues of mutual interest.