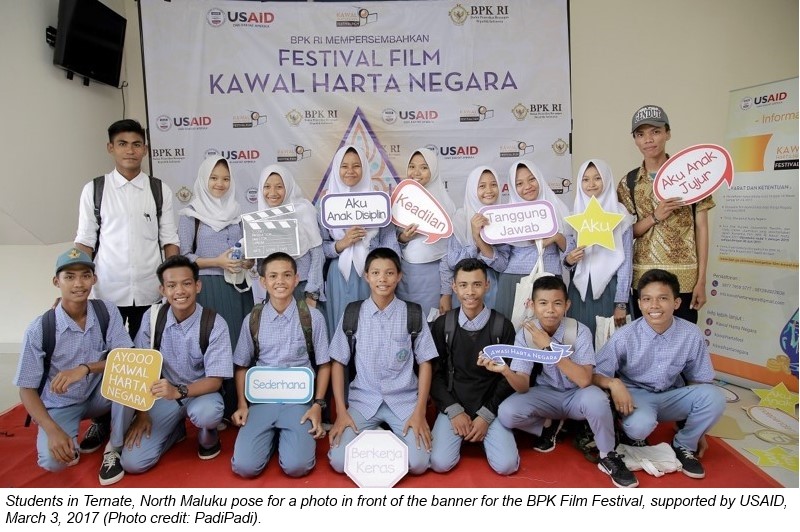 JAKARTA – On November 17, 2021, the U.S. Government through the United States Agency for International Development (USAID), the Ministry of State Apparatus Empowerment and Bureaucratic Reform, and the Indonesian Corruption Eradication Commission highlighted the achievements of USAID CEGAH (a word that means “prevent” in Bahasa Indonesia).  For the last five and a half years, through USAID’s CEGAH program, the U.S. Government has supported government and civil society in promoting transparency, accountability, and anti-corruption in Indonesia.

Deputy of Prevention and Monitoring of the Corruption Eradication Commission (KPK) Pahala Nainggolan said, “Congratulations to CEGAH. We will sustain the outputs that we generated out of collaborative activities with the CEGAH project. We will synchronize these outputs with government activities.”

In this same event, Deputy of Public Services of the Ministry of Administrative and Bureaucratic Reform Diah Natalisa said, “For five years the collaboration between the Ministry of PANRB and USAID CEGAH was very good. We worked very well together especially in the efforts to develop transparency, respond to corruption and maladministration, as well as strengthen anti-corruption efforts in Indonesia by building a system to reduce opportunities for corruption in Indonesia specifically through SP4N – LAPOR!”

Together with these partners, USAID promoted data-driven efforts to improve prosecution and adjudication of corruption cases, ensured greater consistency in judicial decision-making through innovative approaches, improved anti-corruption education initiatives, strengthened public demand for accountability, and also developed automated IT solutions for judicial record keeping, legal research, training and other administrative functions. These IT solutions allowed the Government of Indonesia to pivot easily to online anti-corruption work and implementation during the COVID-19 pandemic. USAID supported upgrades to Indonesia’s flagship national complaint handling system (SP4N-LAPOR!), connecting over 658 government institutions (ministries, agencies, district governments, and public services units) to the system, and enabling citizens to have greater access and engagement with their government.

USAID is the world’s premier international development agency and leads international development and humanitarian efforts to save lives, reduce poverty, strengthen democratic governance and help people achieve self-reliance and resilience. For over 20 years, the U.S. Government, through USAID, has partnered with the Government of Indonesia to strengthen the Indonesian government in its effort to fight corruption in Indonesia.