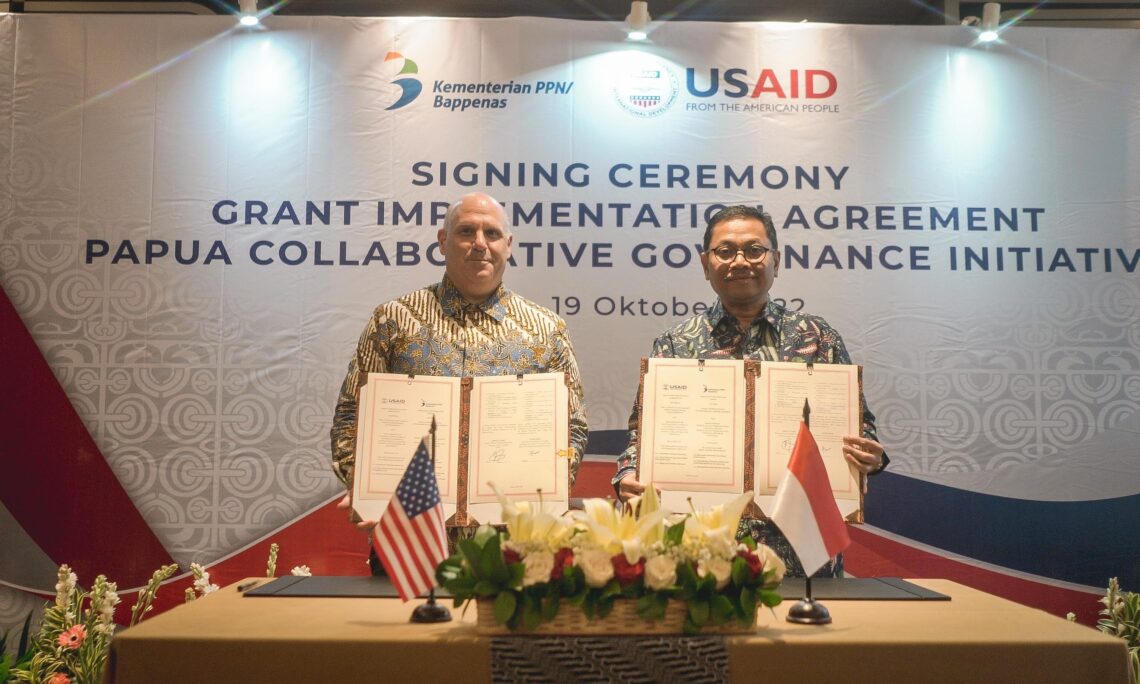 JAKARTA – On Wednesday (10/19), the United States, through the U.S. Agency for International Development (USAID), and Indonesia’s Ministry of National Development Planning (Bappenas) launched a new initiative to accelerate development in Papua and West Papua, the Papua Collaborative Governance Indonesia Project or “USAID Kolaborasi.”

“This new collaboration with Bappenas demonstrates our commitment to supporting the Indonesian government in realizing its goal of a prosperous Papua region,” said USAID Indonesia Mission Director Jeff Cohen. “USAID Kolaborasi promotes collaborative governance in Papua and West Papua by improving the capacity of local governments and the engagement of Papua Indigenous People (OAP) in local development.”

Taufik Hanafi, Secretary of the Ministry of PPN/Main Secretary of Bappenas, stated that strengthening collaboration between the Government of Indonesia and USAID under Kolaborasi will play an important role in mobilizing program and funding resources to focus on achieving development goals in the RIPPP.

The United States is committed to partnering with the government of Indonesia to address important development challenges. USAID looks forward to expanding its close relationship with Bappenas and working with other local partners such as Cendrawasih University and University of Papua to improve the functioning and accountability of governance in Papua and West Papua.

USAID Kolaborasi is just one of many USAID initiatives in Indonesia, demonstrating the breadth of engagement between the two countries. USAID supports Indonesia in achieving its goal of effective democratic governance; advancing inclusive economic growth; improving natural resource management and combating the impacts of climate change; and strengthening Indonesia’s health system to respond to health security threats such as infectious diseases and pandemics.