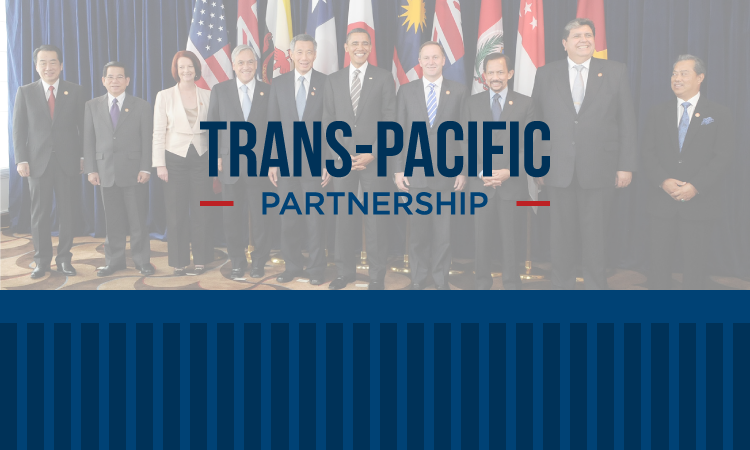 Earlier this year, Secretary of Defense Ash Carter said, “The Trans-Pacific Partnership (TPP) is as important to me as another aircraft carrier.”  What does an economic agreement have in common with a naval vessel?

They are both tools of diplomacy. To our friends in the Asia-Pacific region, a visit by the USS Ronald Reagan is a powerful sign of our resolve to maintain peace and security. It is a symbol of America’s enduring commitment to a rules-based order and universal values.

While the TPP does not steam into port with the same flair, it is powerful in its own way. Open markets drive prosperity. The ability of the United States and our friends and allies to protect our interests and advocate for our values depends on the strength of our economies. And nothing we can do together will spur more growth in our countries or bring us closer than the TPP.

That is why President Obama set high standards and then unleashed his Trade Representative, Ambassador Mike Froman, to negotiate the TPP.

There is a phrase I learned from a former boss and master of diplomacy, Thomas Pickering: “if you want something bad, you often get it bad.” President Obama and Mike wanted TPP, but they wanted it good. That is why it took time. It was worth waiting for. It was worth fighting for.

The Trans-Pacific Partnership is the economic component and the crown jewel of the rebalance. Why? For the solid economic reasons that Ambassador Froman laid out. But also for broader strategic reasons. It anchors us to a region that is vital to our security and our national well-being. And it is received in the region as a proof point that America will continue to lead; that we are in the Asia-Pacific region to stay.

Even without all the great trade provisions in TPP, it would still stand as a groundbreaking, world-class agreement on environmental protection, on labor rights, and on good governance.

For all these reasons the TPP has already shown a magnetic effect. There is a reason that a number of countries have said, “We’re going to want in on TPP”.

It is a cutting-edge agreement championed by a nation — the United States — that other countries trust and emulate.

It strengthens the “rules-based order,” and that’s not just a catch-phrase. It is the practical application of the principle of fairness. It is central to the security and stability that we and the nations around the Pacific Rim all need.

About the Author: Daniel Russel serves as Assistant Secretary for the Bureau of East Asian and Pacific Affairs.