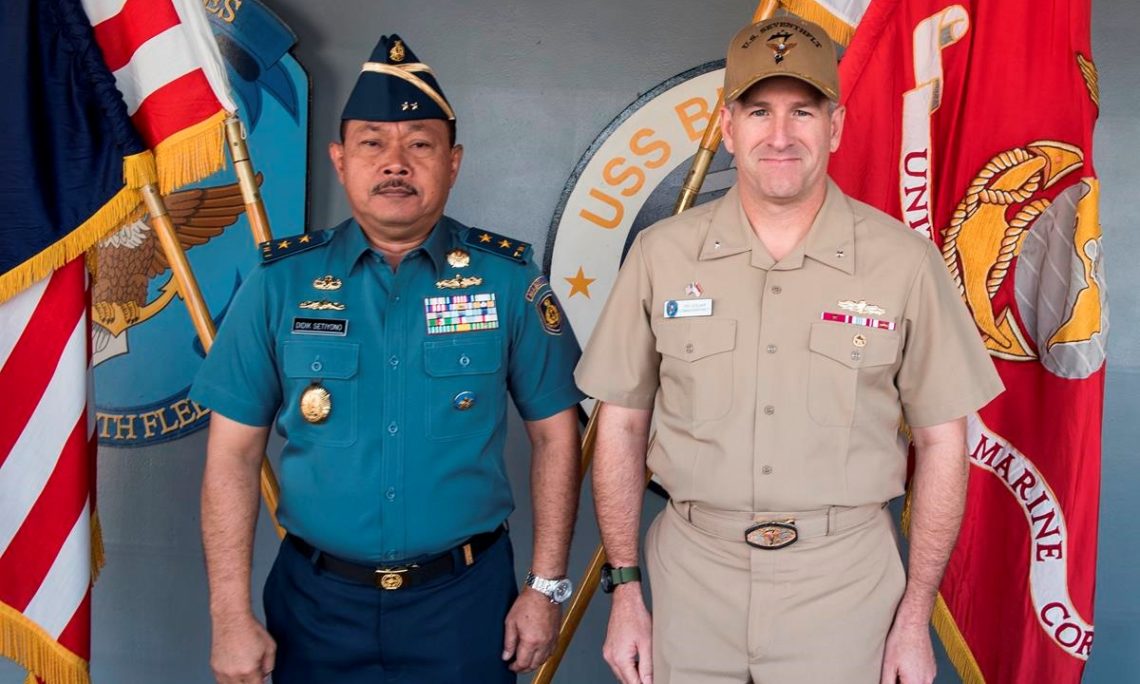 YOKOSUKA, Japan – The U.S. 7th Fleet hosted staff talks with their counterparts in the Indonesian Navy aboard the flagship USS Blue Ridge (LCC 19), in Yokosuka, Japan, on Oct 11.

The U.S. Navy has had a robust relationship with the Tentara Nasional Indonesia – Angkatan Laut (TNI-AL) for decades and these staff talks built on the partnership. The United States and Indonesia recently commemorated 70 years of diplomatic relations, a partnership that has often involved the maritime domain.

“It is always enjoyable working with the Indonesian Navy, and this time we were honored to host them here aboard our flagship,” said Vice Adm. Bill Merz, Commander of the U.S. 7th Fleet. “The United States and Indonesia have a strong, longstanding relationship and a deep commitment to maintaining a free and open Indo-Pacific.”

In May of this year, U.S. 7th Fleet staff and the USS Blue Ridge visited Jakarta, Indonesia, to strengthen ties through professional exchanges with key members of the Indonesian Navy.

“The friendly atmosphere reflects the fruitful relationship between our Navies,” said Rear Adm. Didik Setiyono, Assistant Chief of Operations for the Indonesian Navy. “I am sure a great deal of benefit will be derived from this forum that will help strengthen our existing collaborative relationship.”

For the staff talks, the visit to Japan and to the 7th Fleet Flagship helped reinforce the communication that is critical to the partnership between both countries’ navies.

“The conversation between our two navies on the USS Blue Ridge was a great success,” said Rear Adm. Ted LeClair, Deputy Commanderof the U.S. 7th Fleet. “The most important part of our staff talks are our interaction with our Indonesian counterparts and our discussions in person that bring us closer as maritime partners.”

7th Fleet ships like the USS Blue Ridge have visited Indonesia for decades as part of exercises such as Cooperation Afloat Readiness and Training (CARAT) and the Southeast Asia Cooperation and Training (SEACAT). The Indonesian Navy has also had a history of participating in multilateral exercises like the ASEAN-U.S. Maritime Exercise (AUMX) and RIMPAC. Indonesia helped commemorate the 25th anniversary of the CARAT series, marking their participation since the exercise began in 1995.

The U.S. 7th Fleet provides security alongside allies and partners throughout a free and open Indo-Pacific. As the U.S. Navy’s largest forward-deployed fleet, the 7th Fleet operates roughly 50-70 ships and submarines and 140 aircraft with approximately 20,000 Sailors.