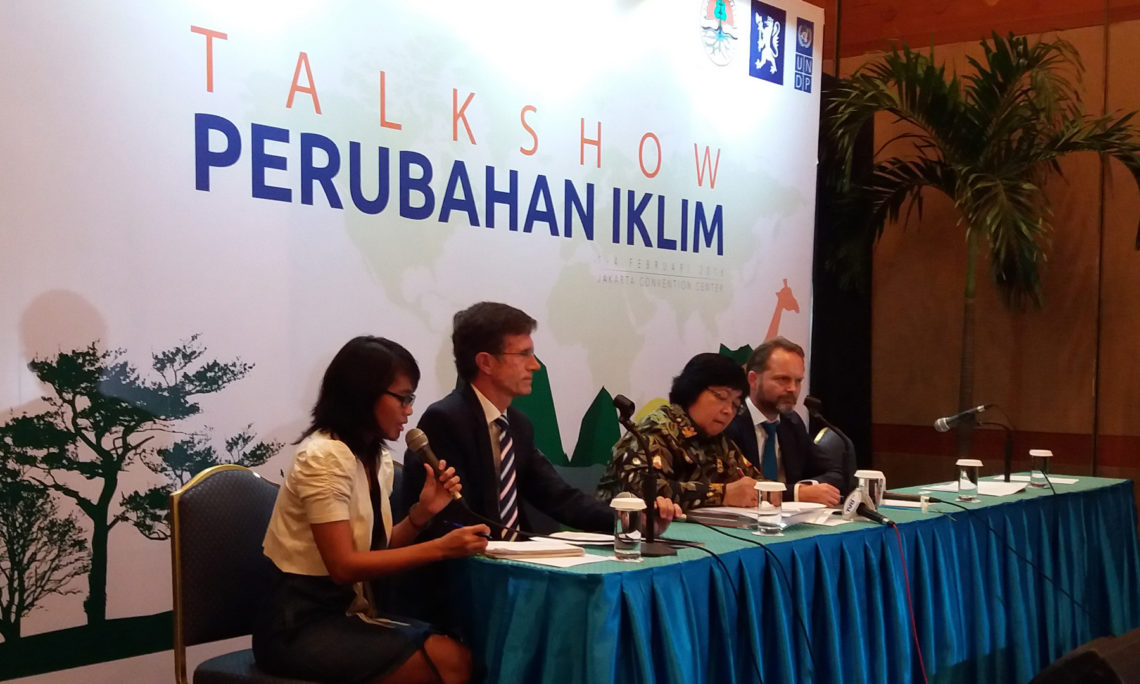 Today at the Ministry of Environment and Forestry-sponsored “Climate Festival” U.S. Ambassador Robert Blake expressed his government’s strong support for Indonesia’s climate change goals and announced two new projects aimed at bolstering the work of the newly formed Peatland Restoration Agency. The two projects, funded under the Millennium Challenge Corporation’s Compact with Indonesia, will help restore and protect the country’s peatland areas which have been threatened by fire in recent years, and when burned are a major contributor to the release of greenhouse gases.

The first initiative is known as the Berbak Green Prosperity Project, a $17 million program which will help to restore the hydrology of peat swamp forests in the Jambi province.  The restoration of this system will help to eventually decrease the prevalence of peat fires in the area.  The Berbak project will also provide training to increase production of local agriculture and will facilitate smallholder oil palm certifications and community-based palm oil mill effluent renewable energy systems.

The second initiative is a $13 million agreement with three palm oil mills in Riau Province for biogas power plants utilizing Palm Oil Mill Effluent and assisting independent smallholders in each mill’s supply base to become RSPO certified.  This grant alone is expected to produce 3 MW of renewable energy from biogas, the equivalent amount of electricity needed to power 9,000 rural homes; capture 117,000 tCO2e/year, equivalent to emissions from 785 million kilometers driven per year; and to improve productivity and management practices for 2,000 independent smallholders.

These two programs, both of which will be implemented by an Indonesian agency, the Millennium Challenge Account – Indonesia (MCA-I), are just part of the U.S. government’s overall support for Indonesia’s commitment to reduce carbon emissions and protect vulnerable peatlands.  In addition to these projects the United States, through the U.S. Agency for International Development (USAID), has recently launched a new portfolio of projects to address climate change and support Indonesia’s goal of reducing emissions by 29% by 2030. USAID will partner with the Indonesian government to help conserve and sustainably manage 8.4 million hectares of forest and peatland which can serve as carbon sinks. In addition USAID will help eliminate 4.5 tons of greenhouse gas emissions and leverage $800 million of private sector investment in clean energy for five million citizens. USAID will also help protect local communities from the effects of a changing climate and more extreme weather by assisting national and provincial governments implement effective climate change adaptation strategies.

In addition to these programs USAID has invested more than $38 million in environmental initiatives in 2015. Moving forward, we have a planned investment of $47 million for forest conservation and land use planning, $24 million for land use policy and conservation advocacy, $19 million for global climate change adaptation, $19 for clean energy and $5 million for forest research.  These programs are a sign of our commitment to working in partnership with Indonesia to combat the causes of climate change and to help the country achieve its goal of reducing emissions in the future.