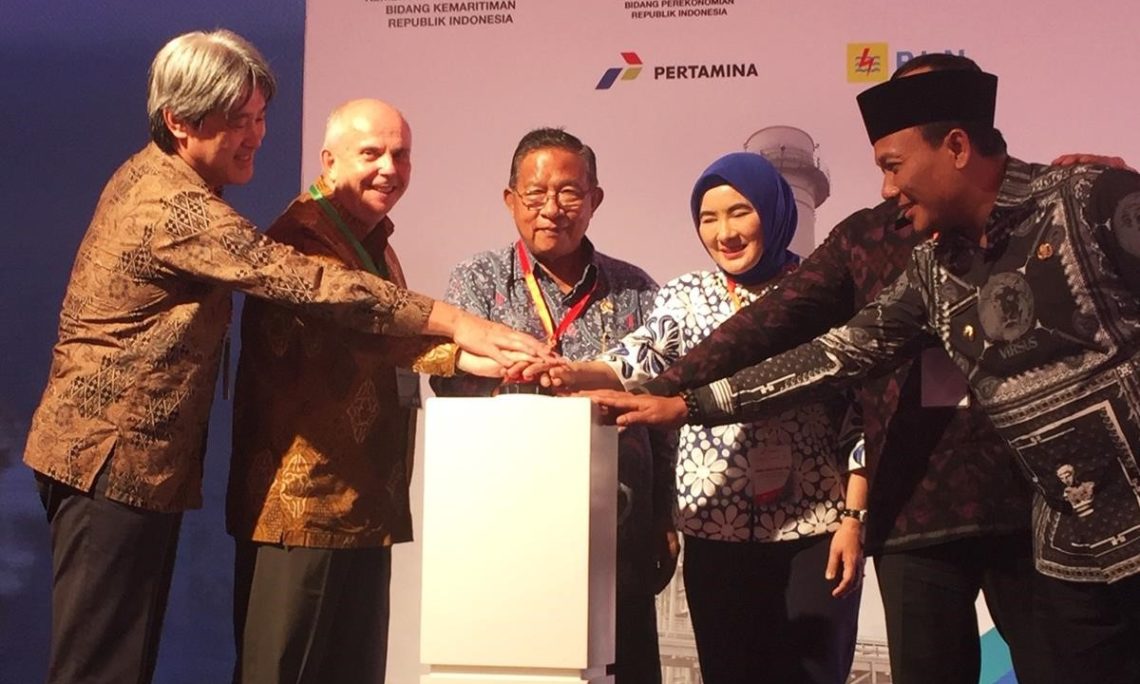 Ambassador Donovan noted the project, known as Jawa 1, is a product of the Japan-U.S. Strategic Energy Partnership (JUSEP) and represents the “high-quality, sustainable, private-sector-led growth” that JUSEP supports across the Indo-Pacific.

The Ambassador also congratulated GE on its role in the project.  U.S. parts and components will contribute 2.9 trillion Rupiah ($200 million) to Jawa 1, and include GE’s high-efficiency, low-emission gas turbines, which are manufactured in South Carolina.  Jawa 1 will generate 1,760 megawatts of reliable, affordable electricity for up to 11 million Indonesian homes.

“Energy is the lifeblood of a modern economy and the power produced from Jawa 1 will provide efficient, affordable energy to Indonesian homes and businesses.  The United States looks forward to supporting additional partnerships that advance our common vision of a free and open Indo-Pacific region,” Ambassador Donovan remarked.