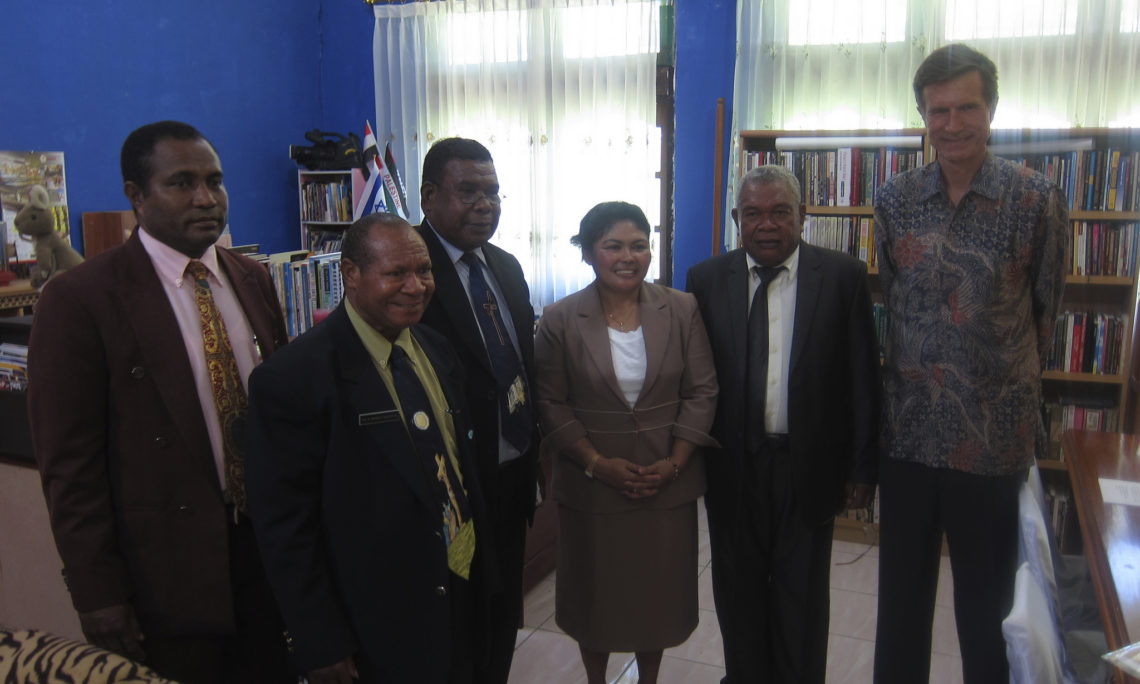 Ambassador Blake arrived in Jayapura on June 8 and met with representatives from a cross-section of Papuan civil society and hosted an evening dinner for alumni of U.S. government-funded exchange programs who had spent time in the United States.Ambassador Blake commented,“The United States recognizes the territorial integrity of Indonesia, within its present borders, including Papua. We also support a meaningful dialogue to resolve long-standing issues. During this trip, I discussed with senior government, religious, tribal, police, and military personnel the importance of respecting everyone’s right to freely and peacefully express themselves. We also discussed the benefits that would come from increasing access to Papua for international journalists.”

On June 9, Ambassador Blake traveled to Manokwari for morning meetings with local church leaders to exchange views on challenges and opportunities in West Papua.  Later he met with the Governor of West Papua and member of the West Papua People’s Assembly.  These meetings resulted in a productive discussion on U.S. efforts to support equitable development in the region.  Ambassador Blake also visited the University of Papua for a two-part afternoon program.  First, he visited the University of Papua program office which partners with the U.S. Agency for International Development (USAID) and Conservation International to establish and institutionalize a Marine Protected Area network that will protect and conserve the marine ecosystem in Bird’s Head Seascape and Raja Ampat, which are among the nation’s highest priority in biodiversity and fisheries resources. University of Papua facultyare also conducting marine biodiversity joint research with scientists in American universities through USAID programs. More information on this project is available here.  Later, he had an opportunity to meet with local students of a U.S. Embassy-funded program providing two years of twice a week after school English-language instruction.

On June 10, Ambassador Blake traveled to Dosay to attend a charter signing ceremony between the local health clinic (Puskesmas) and the head of the Jayapura district (Bupati).  This charter outlines actions to be taken that will improve services at the Dosayclinic.  The U.S. government, through USAID, provides support to the clinic in the form of training on how to strengthen public health administration, with a special focus on maternal and child health, HIV/AIDS and tuberculosis.More information on this project is available here.  The Ambassador said, “The United States is proud to support programs that are improving the lives of Papuans. Through the U.S. Agency for International Development, we partner with the national and local governments, community leaders, the private sector, and religious and adat leaders on health, education, governance, forest conservation and climate change programs.In 2013, the United Staets invested $10 million in development programs in Papua and West Papua.”  Later he met with the Governor of Papua province, regional Military Commander, and Provincial Chief of Police.Ambassador Blake said, “During my meetings, I welcomed the improvement in performance on human rights in Papua by security forces and emphasized the need for sustained progress on this vital issue.”

On June 11, Ambassador Blake traveled to a USAID-supported local health clinic in the Wamena area and met with Bupatis from Jayawijaya and local citizens. USAID partners with the District Health Office and the District AIDS Commission to support the clinic’s efforts to prevent and treat HIV/AIDS and other sexually transmitted infections.  Also on June 11, the Ambassador visited the Nemangkawi Mining Institute, Freeport’s vocational training center that has prepared thousands of Papuans for skilled positions they now have in the company and related industries.  He also planted trees at Freeport’s environmental reclamation area, and saw how the company is re-vegetating the mine’s tailings deposition zone and studying the agricultural potential of the area.  On the morning of June 12, he toured the Freeport mine in the Timika area.  At Freeport’s facilities, Ambassador Blake noted, “I saw how Freeport is making unprecedented and much needed contributions to Papua, not only in terms of economic development and employing more than 30,000 people, but also to the local communities and local institutions.  The company invested over $100 million last year in support of Papuan education, malaria and HIV and other health programs, training, and entrepreneurship programs that have helped to create 120 Papuan owned and operated businesses.” The Ambassador then traveled upriver to survey a mangrove environmental management project supported by USAID.

Home to southern Papua’s world-class mangrove forest, USAID is working with local partners in Mimikato preserve 250,000 hectares of mangrove forest and wetlands and to collaborate on a sustainable management program that creates a triple-win for biodiversity conservation, climate change mitigation and climate change adaptation.More information on this project is available here.  Upon the conclusion of the mangrove visit, Ambassador Blake spoke with members of the local media about cooperation on development issues between the U.S. government and local government as well as civil society organizations in Papua. 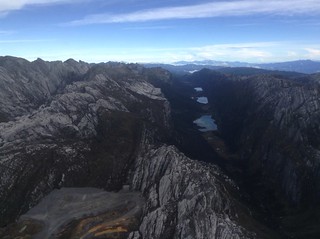