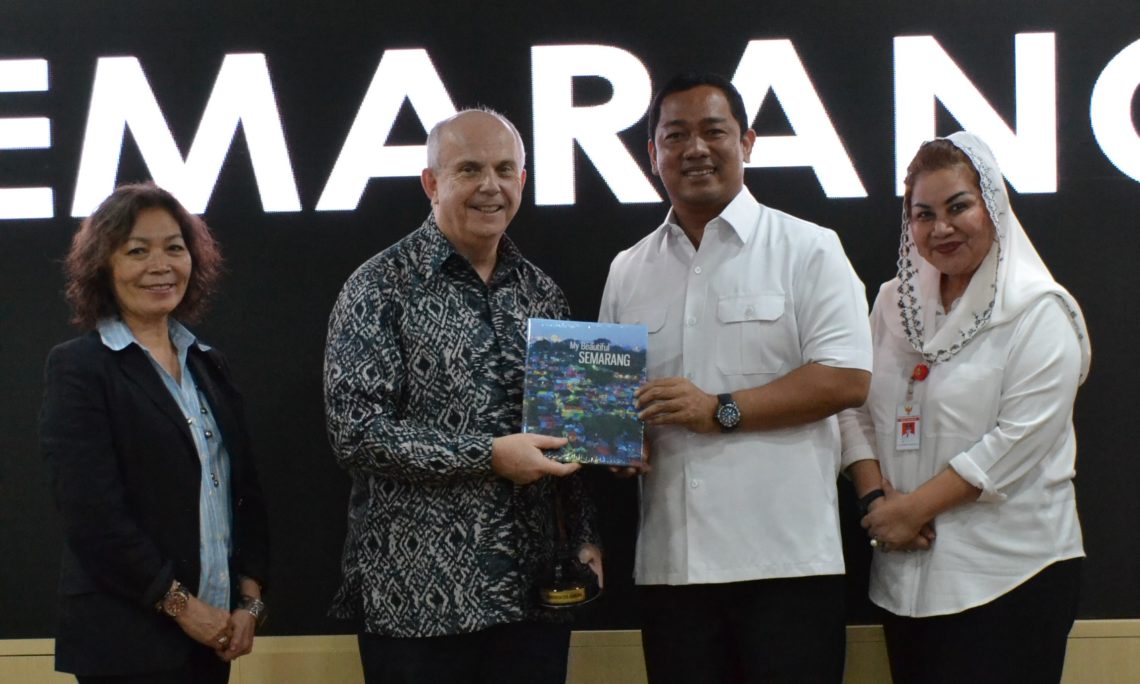 The Ambassador’s visit highlighted commercial partnerships between the United States and Central Java and opportunities for furthering our economic and trade ties to boost our mutual prosperity.  Visiting a small home-based tempe producer, Indonesia’s primary protein source, the Ambassador learned about the production process, which relies on American soy due to its durability, consistency, and quality.  The U.S. is the leading provider of soybeans to the Indonesian tempe manufacturing sector.  In 2017, the U.S. exported 2.4 million tons of soybeans to Indonesia, valued at $922 million, of which about 95 percent was used to make tempe.

Mayor Hendrar Prihadi welcomed U.S. investment in its “Smart City” project, including expanding the capacity of the city’s new, high-tech Situation Room.  The Mayor and representatives of KADIN also welcomed increased U.S. investment in the region, highlighting the advantages of the region including regulatory certainty, lower average wages compared with regional neighbors, and social stability.  The Ambassador underscored the importance of win-win partnerships to contribute to both our economies.

The Ambassador’s engagement with government officials and influential young people also showcased our strong people-to-people ties and our shared values of pluralism and tolerance.  Education is a top priority under the U.S.-Indonesia Strategic Partnership as connecting Indonesians and Americans builds common bonds and deepens our bilateral ties.  The Ambassador encouraged students at UIN-Walisongo pursue higher education opportunities in the United States, highlighting free advising and information services available through the Mission’s Education USA advisors and education fairs.

The United States and Indonesia share a common interest in a stable, secure, peaceful and prosperous Indo-Pacific region.  The Ambassador’s visit to Semarang highlighted our partnership to advance these objectives, including a visit to JCLEC, where the Ambassador emphasized the U.S. government’s commitment to supporting capacity building for Indonesian law enforcement to counter transnational threats, including terrorism, and keep our nations safe.

As two of the world’s largest democracies, Indonesia and the United States share values of tolerance, diversity, and pluralism.  Discussions with Mayor Prihadi, KADIN representatives, and students – coupled with a visit to the Sam Poo Kong Temple – demonstrated Semarang’s strong commitment to ensuring social harmony and respect for ethnic and religious minorities.  Following his visit to the city’s famous Sam Poo Kong temple, the Ambassador noted that the temple “is not only the oldest Chinese temple in Semarang,” but that “it is also a gathering place for the city’s residents and an example of Indonesia’s vibrant diversity.”