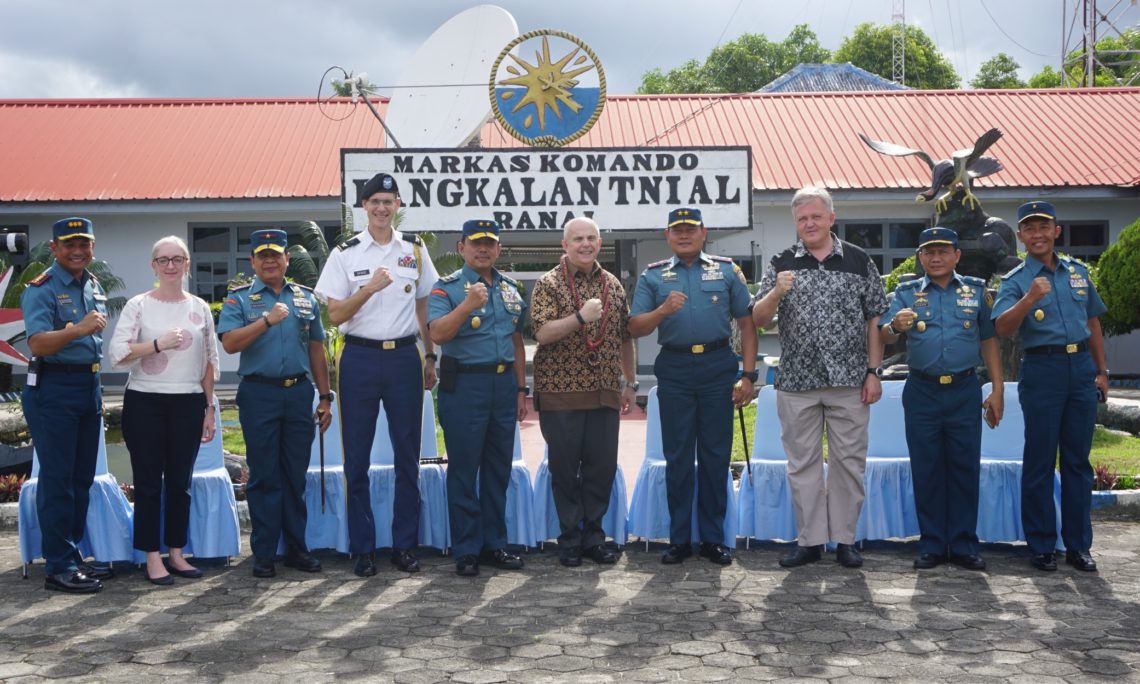 NATUNA – United States Ambassador to Indonesia Joseph R. Donovan Jr., accompanied by U.S. Consul for Sumatra Juha P. Salin, emphasized the importance of the U.S.-Indonesia Strategic Partnership for expanding ties between Riau Islands Province and the United States during a trip to the Natuna Islands November 7 to 9.  During the visit the Ambassador noted the strong history of maritime cooperation between the United States and Indonesia through combined efforts to enhance maritime domain awareness, promote environmental initiatives, and combat IUU fishing.  “This trip is a good example of our commitment to a free and open Indo-Pacific where American and Indonesian firms can succeed, local communities can flourish, and bilateral partnerships can grow,” said the Ambassador.

At a cultural night hosted by Natuna Regent Abdul Hamid, the Ambassador discussed the importance of preserving the marine habitat with both the Regent and Minister of Maritime Affairs and Fisheries Susi Pudjiastuti.  The Ambassador also visited SMAN 1 Bunguran Timur for a screening of the movie “A Plastic Ocean” to raise awareness among students about the dangers of marine debris.  During the discussion that followed, the Ambassador solicited ideas from the students about how they could take actions in their communities to address this important issue.  Ambassador Donovan also encouraged the students to pursue higher education opportunities in the United States, highlighting free advising and information services available through the U.S. Mission’s EducationUSA advisors and education fairs. He also suggested that students apply for the Embassy’s high school exchange program (YES).

Ambassador Donovan had a lunch discussion with business community representatives in Natuna and learned about the prospects and challenges of attracting and maintaining investment in the region.  He also sought their suggestions on how U.S. firms could strengthen business and commercial ties in Natuna.

Ambassador Donovan also visited Natuna’s Air Force base and Naval base.  He met with Security Assistant to the Chief of Navy Staff Rear Admiral Suprianto Irawan to discuss continued U.S.-Indonesia security cooperation, such as exercises and training.