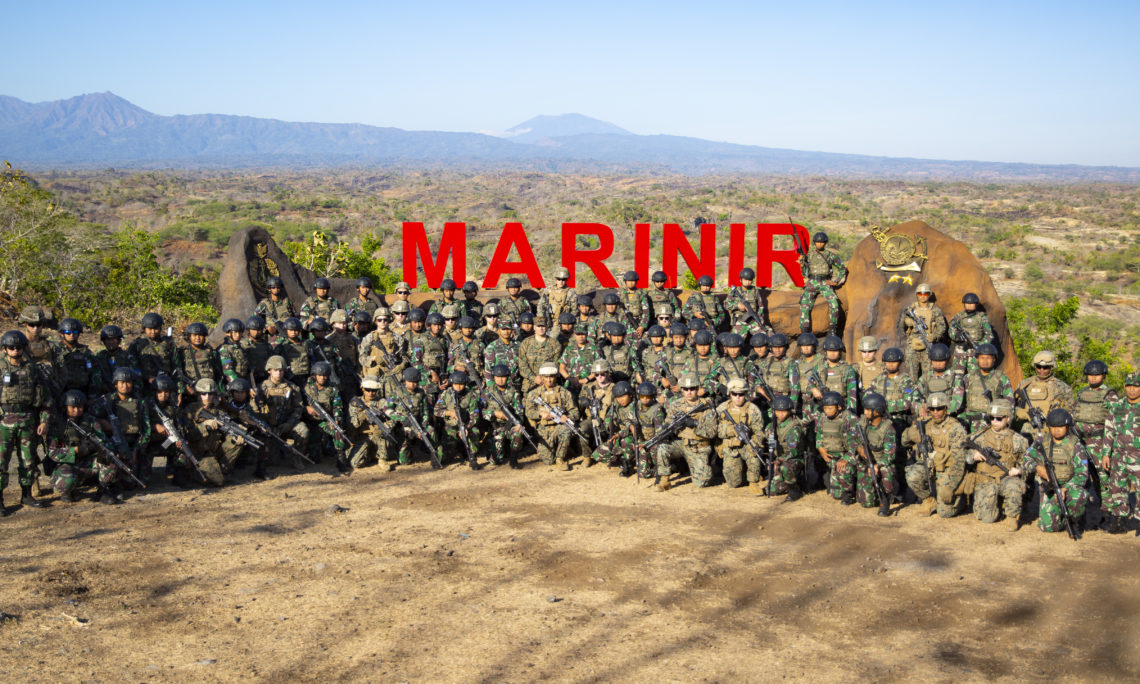 MARINE CORPS BASE HAWAII – The United States Marine Corps and the Indonesian Korps Marinir (KORMAR) have begun a month-long military exchange program taking place in Eastern Java, Indonesia, and at the Marine Corps Base Hawaii in Kaneohe Bay from August 6 to August 29, 2019.

The exchange program, designed to strengthen the partnership between the two militaries, involves each country sending a platoon of Marines to live and train together at the other’s military base. The training schedule focuses on individual, team, and squad level tactics but will also include jungle survival, live-fire ranges, and integrated cultural and team building events.

The 1st Battalion of the 3rd Marine Regiment will host the visiting KORMAR troops and will send one of their platoons to Indonesia to conduct the bilateral training.

The KORMAR exchange enhances the capabilities of both services and displays their continued commitment to information sharing and crisis response. By conducting these combined exercises, Marines from both nations are able to learn from each other and improve their ability to work together in the future.