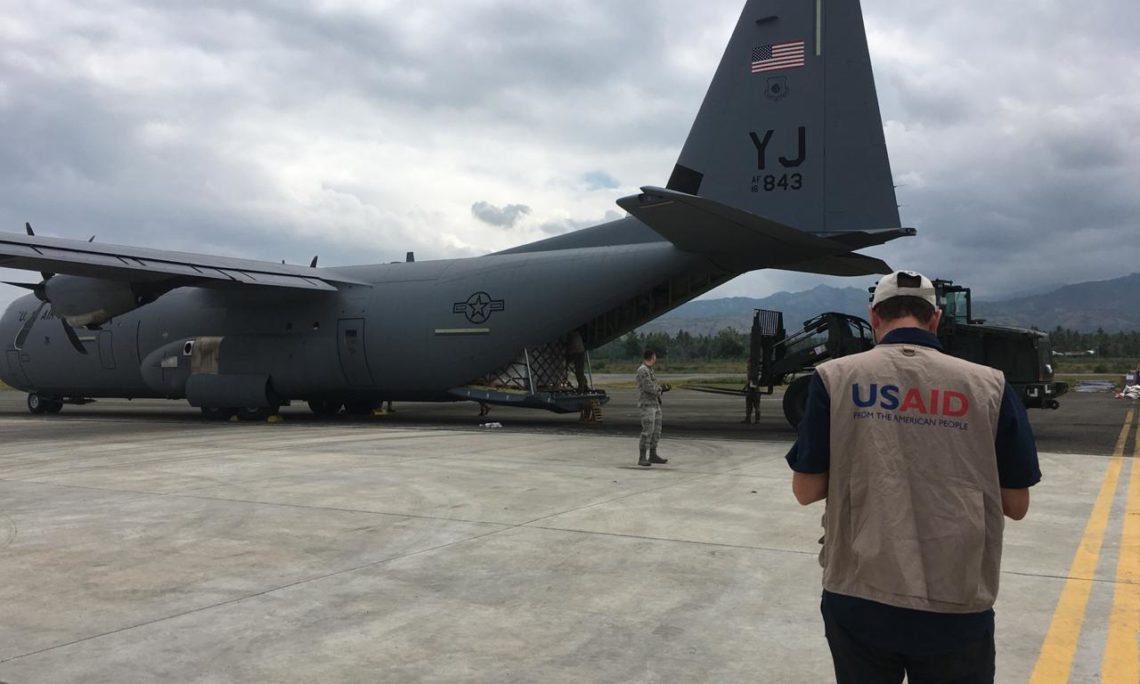 JAKARTA – On October 18, the United States Government announced that it will implement 3 million USD in new funding through the United States Agency for International Development’s Office of U.S. Foreign Disaster Assistance (USAID/OFDA) in support of relief efforts for the Central Sulawesi earthquake and tsunami response. This additional funding raises the total United States contribution to 6.7 million USD, not including the Department of Defense’s operational expenses.

Three U.S. C-130 Hercules aircraft and supporting U.S. Air Force personnel from the 36th Contingency Response Group Guam have also extended airbridge operations between Balikpapan and Palu through October 25, 2018. This extension will enable the continued transport of critical humanitarian response cargo and personnel.  “This is what we mean when we say we are Indonesia’s partner,” said U.S. Ambassador Joseph R. Donovan Jr., “We will continue to assist the Government of Indonesia in its relief efforts.”

The additional 3 million USD from USAID/OFDA will consist of:

USAID/OFDA is leading the U.S. Government’s response to the Central Sulawesi earthquake and tsunami. USAID/OFDA disaster experts remain on the ground to assess humanitarian needs and coordinate response efforts with the Government of Indonesia and humanitarian organizations. Through OFDA, USAID has helped the people of Indonesia prepare for disasters and reduce their impact on communities and provided training to their counterparts for more than a decade.