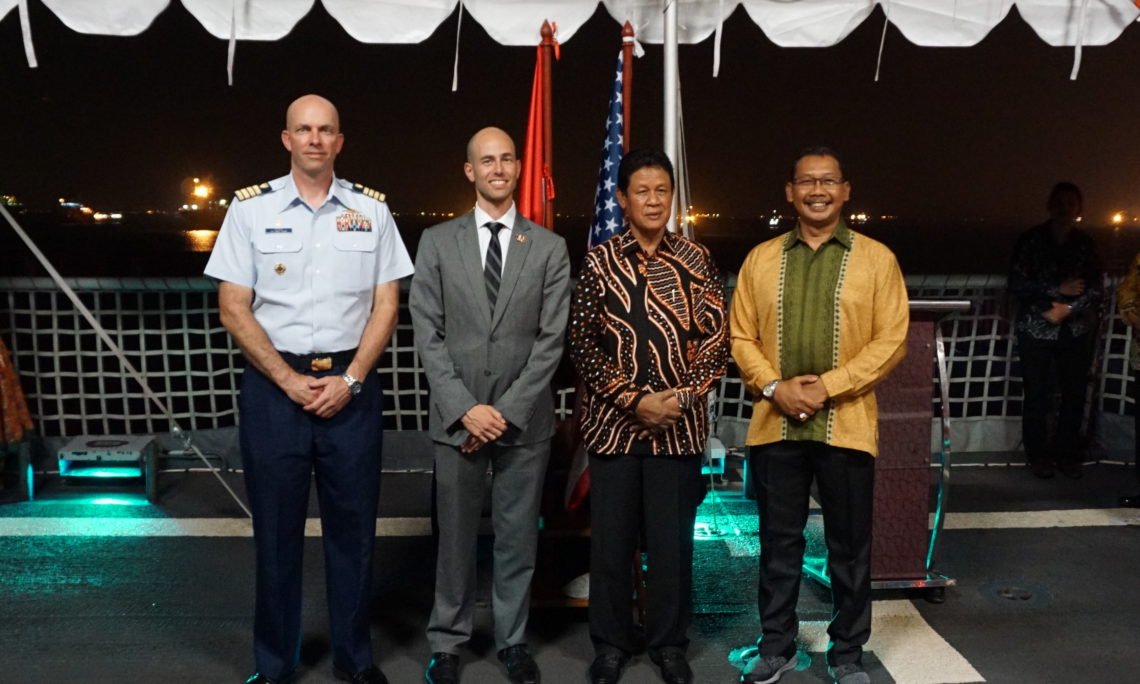 In celebration of the inaugural USCG-BAKAMLA training exercise and to commemorate 70 years of diplomatic relations with Indonesia, the U.S. Embassy and U.S. Consulate Medan, together with the U.S. Coast Guard, hosted a reception aboard the USCG Cutter Stratton for BAKAMLA personnel, government officials, and dignitaries.  USCG Stratton Commanding Officer Bob Little welcomed the guests, underlining the importance of joint cooperation with our partners.  Newly-arrived U.S. Consul for Sumatra Guy Margalith addressed the crowd, highlighting the successful U.S.-Indonesia partnership.