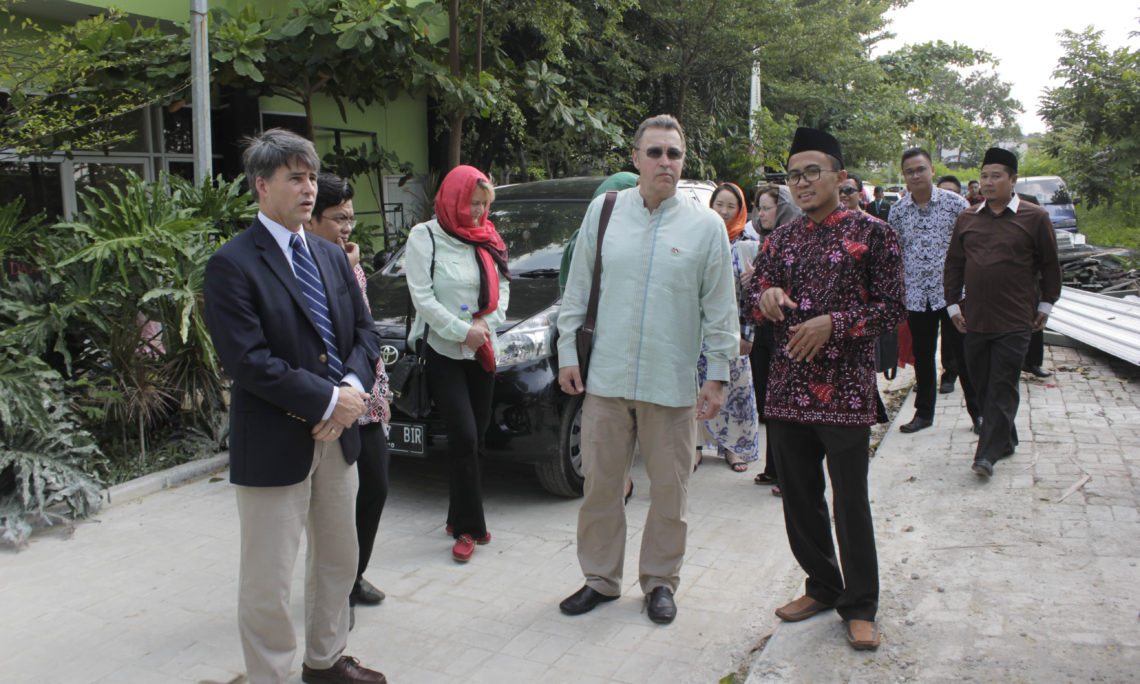 Jakarta – A U.S. Congressional delegation arrived in Indonesia on March 26 and held substantive meetings with senior Indonesian government and legislative leaders on March 28-29.  The U.S. delegation–Representative Matt Salmon from Arizona along with Representative Cynthia Lummis from Wyoming—held discussions on TPP, regional security, counterterrorism cooperation, and other priorities.

The delegation met with high-level Government of Indonesia officials including Foreign Minister Retno Marsudi, Trade Minister Thomas Lembong, and Maritime Affairs and Fisheries Minister Susi Pudjiastuti, as well as with Speaker of the Indonesian House of Representatives Ade Komarudin and other senior legislative leaders.  In their discussions, they explored ways to boost the U.S.-Indonesia Strategic Partnership, and in particular they urged greater efforts by both countries to strengthen trade and investment ties.

The delegation also held productive discussions on business and trade with local entrepreneurs, and exchanged views on our countries’ shared religious freedom and tolerance values with officials and students at Darul Quran Pesantren, an Islamic boarding school in Tangerang, outside Jakarta.

Indonesian media covered their discussions with the House of Representatives on TPP and carried Representative Salmon’s praise for Indonesian President Joko Widodo’s leadership, including efforts to combat terrorism.