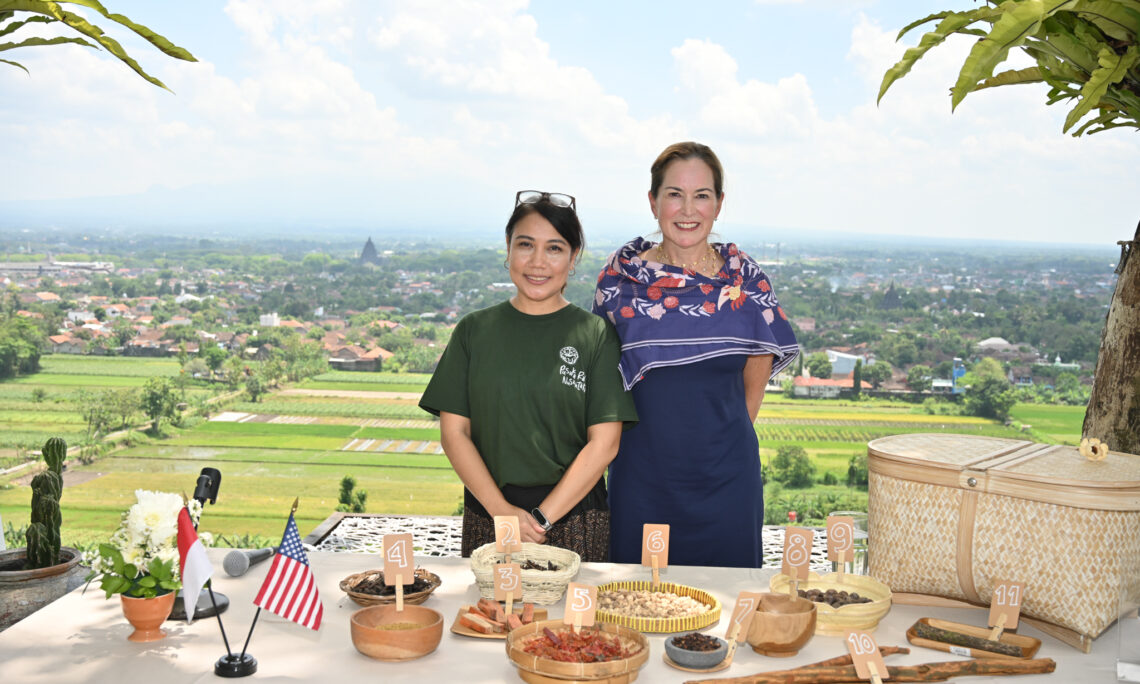 AFCP supports projects to preserve a wide range of cultural heritage including historic buildings, archaeological sites, ethnographic objects, paintings, manuscripts, and indigenous languages and other forms of traditional cultural expression.  Since its inception, the Fund has supported more than 900 cultural preservation projects in more than 200 countries.  Since 2001, nine projects in Indonesia have been funded, including manuscript preservation training for the Surakarta and Yogyakarta palaces (2001), restoration of architectural glass artwork at Bandung Institute of Technology (2006), conservation of megalithic status in Central Sulawesi (2010), and the restoration of the Tjong A Fie Mansion heritage building in Medan, North Sumatra (2014).

Assistant Secretary Satterfield underscored the importance of preserving and connecting cultures at the event saying, “Today we are celebrating the foods that have fueled a culture and a people for generations.  Through the Ambassadors Fund for Cultural Preservation, the United States and local partners can now document and share these culinary traditions with future generations of Indonesians, and the global community.”

Indonesia boasts more than 1,340 tribes with their own unique recipes.  Many are being forgotten due to mass food production and a reliance on oral traditions to pass down recipes from generation to generation.  Under the current AFCP project, Nusa Indonesian Gastronomy Foundation is preserving Indonesia’s culinary heritage and traditional practices by documenting indigenous recipes, conserving the culinary practices, recipes, and traditions that underpin Indonesia’s diverse cultural identities.  The project also seeks to empower local women business owners and highlight the link between local food traditions and sustainable agricultural practices.  Pusaka Rasa Nusantara is the first project in AFCP’s 20-year history to focus specifically on preserving culinary heritage and food traditions.

The Pusaka Rasa Nusantara team partners with ministries, local governments, national and local media, foodies, local communities, influencers, and gastronomy enthusiasts.  The team’s new “Penjaga Rasa” community is a place where guardians of traditional recipes can share their stories and challenges.  Pusaka Rasa Nusantara’s research has thus far led the team across the archipelago with trips to Sula, Yogyakarta, and Padang, and locations for upcoming trips include Sumba, Kalimantan, Belitung.

The U.S. Embassy and Nusa Gastromony Foundation launched Pusaka Rasa Nusantara in November 2021, in partnership with the Directorate General of Culture, Ministry of Culture and Education, as part of Pekan Kebudayaan Nasional.  At the launch, Ambassador Kim noted, “As we build back better after the COVID-19 pandemic, we celebrate those essential elements in our lives that sustain and nourish us—and the ways in which humans express their identity even while fulfilling our basic needs.”