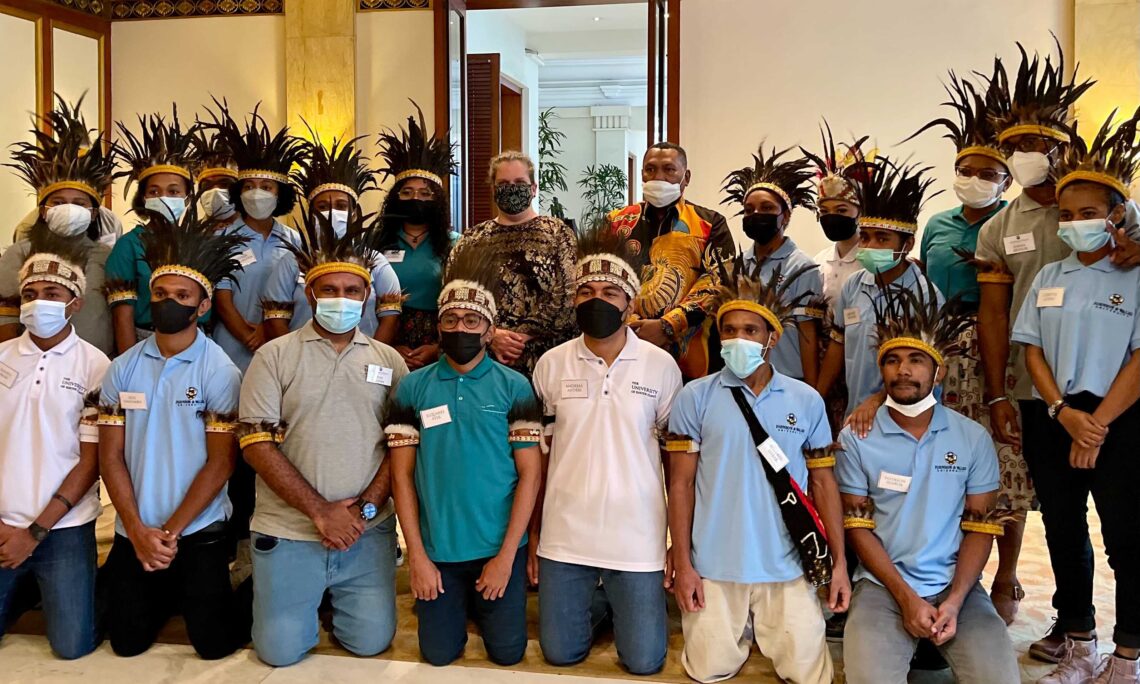 Jakarta – U.S. Deputy Chief of Mission to Indonesia Heather Variava on June 17 sent off 24 students from Papua province who received special autonomy scholarships from the Papua provincial government to study in the United States.

The event, which was attended by the Head of Human Resources Development Agency (BPSDM) of Papua Province Mr. Aryoko A.F. Rumaropen on behalf of Papua Governor Lukas Enembe, marked the continuation of the long-term collaboration between the University of Rhode Island (URI) and the Papua provincial government to provide opportunities for Papuan youth to pursue academic degrees at universities in the United States.

DCM Variava expressed her appreciation to Governor Enembe for his commitment to the program and to the President of URI Dr. David M. Dooley and the Director of Education and Business Partnerships for Asia Mr. Brook Ross, who cited the partnership as an example of how U.S. higher education institutions could help Indonesia achieve its human capacity development goals across the archipelago.

Last year, 35 scholarship recipients were selected to continue their studies at URI. However, due to the COVID-19 pandemic, these students were not able to travel to Rhode Island at the start of the 2020-2021 academic year.

In collaboration with an NGO, Papua Language Institute, and its U.S. partners, Johnson & Wales University and Highline College, URI launched a face-to-face and online hybrid education program to provide academic support and help ensure that students are able to continue their studies in the United States when conditions improve.

In January 2021, 10 scholarship recipients received the opportunity to travel to Rhode Island and start studying at URI in spring semester. 22 undergraduate students and two graduate students are scheduled to depart for Rhode Island in late June. They will first travel to Providence to study English and American Culture at Johnson & Wales University for a semester in the summer. Several students will continue their studies at URI in fall as second year students, while others will be enrolled in an Associate degree program at Highline College before moving on to either URI or Johnson & Wales University.

“The student exchange is expected to further strengthen the relationship between Indonesia and the United States,” said DCM Variava in her speech during the sendoff at The Dharmawangsa Hotel, Jakarta.