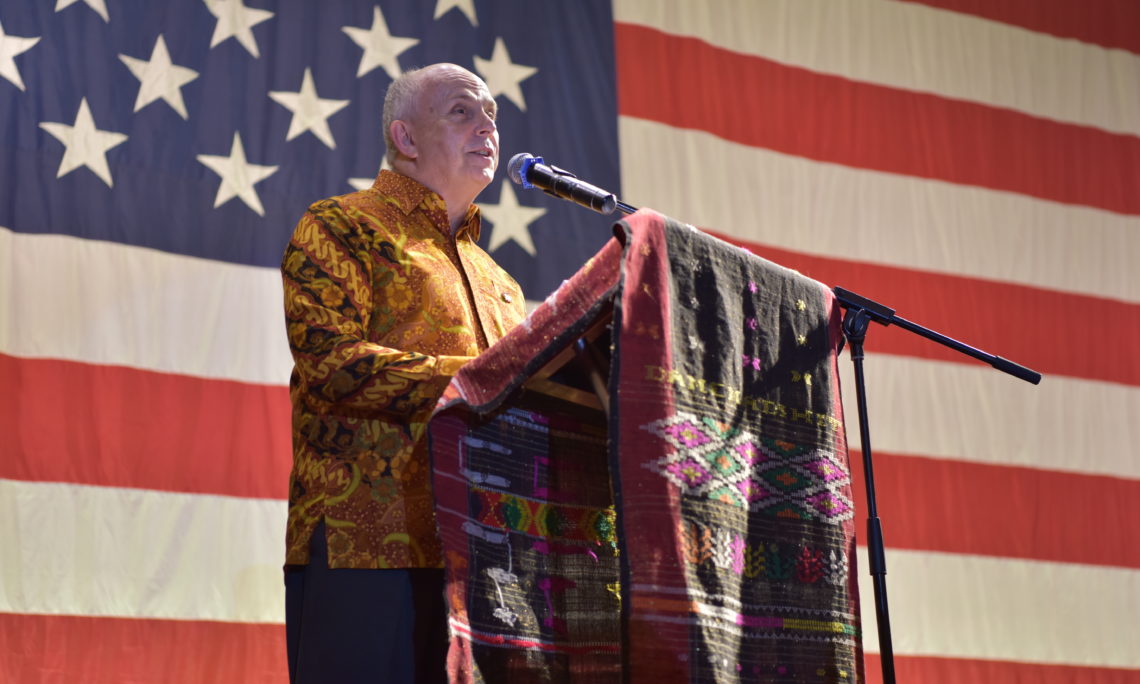 This year’s celebration of the American Independence Day also commemorated the 70th Anniversary of bilateral relations between the United States and Indonesia, highlighting the  theme of “Celebrating Diversity, Partnership, and Prosperity.”  Ambassador Donovan and U.S. Consul Salin underscored the important links between the U.S. and Indonesia, including with Sumatra.

During the event, Consulate officials and representatives from the U.S. Embassy in Jakarta offered information on education and youth exchange programs, USAID programs in Sumatra, as well as consular services such as applying for a U.S. visa through interactive booths.

During his tenure in Indonesia, Ambassador Donovan saw many examples of how our bilateral partnership over the last seventy years has led to shared progress.  Highlighting the importance of Sumatra in the bilateral relations between the two countries, Ambassador Donovan traveled to West Sumatra last month for a “Safari Ramadan” in Padang, Bukitinggi, and Padang Panjang.  While there, he engaged in a discussion of Ramadan traditions with Muslim scholars, religious leaders, local officials, teachers, and students.  He also visited two of the oldest pesantren in Indonesia and joined in an iftar meal with the students.

The 70th anniversary celebrations are about looking at the depth and breadth of a diverse range of democracies and creating a prosperous future for coming generations.  For more information, contact Public Affairs Assistant of the U.S. Consulate for Sumatra Caroline Tanjaya at <TanjayaC@state.gov> or 0811652748.