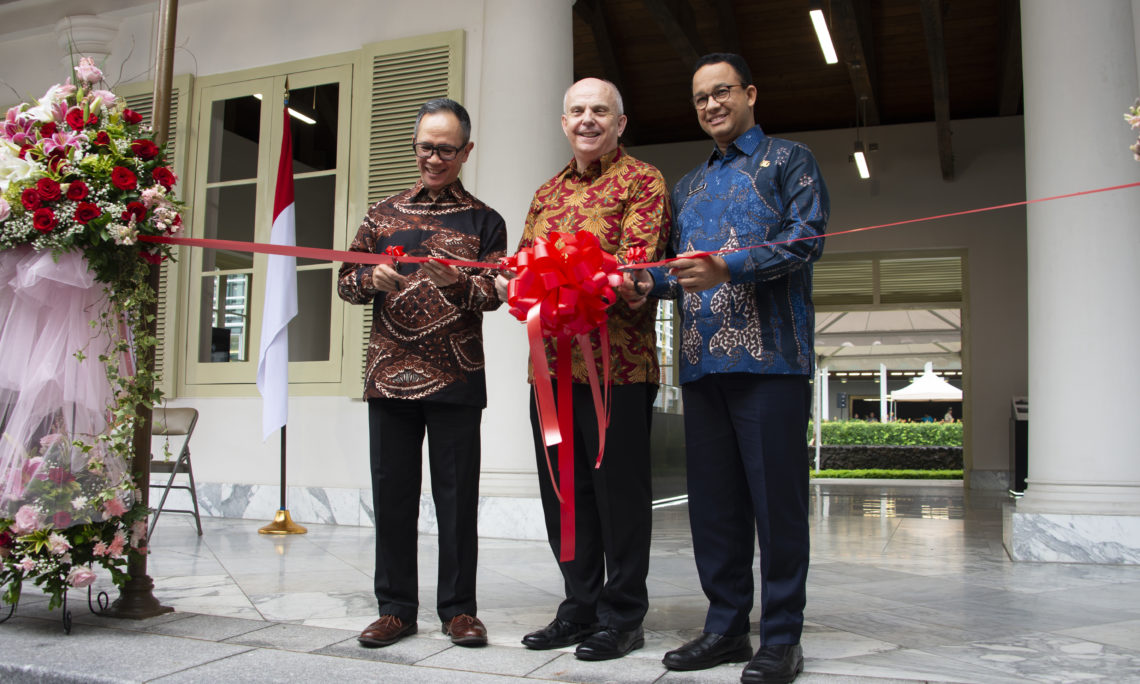 Jakarta, Indonesia – The U.S. Embassy today celebrated the opening of the Heritage Building on the new U.S. Embassy compound in Jakarta. The building and installation of a historical exhibit honors the building’s role in Indonesia’s path to independence.

“This is a unique moment.  I say that because as we look at this building today we are, in a sense, looking back through time and watching the spirit of Indonesia’s democracy unfold. Over 70 years ago a group of delegates chosen by President Sukarno resided and worked in the original Heritage Building to prepare for the historic Round Table Conference in the Hague, Netherlands. Their work at that conference, along with the efforts of thousands of Indonesians across the archipelago, paved the way for the agreement that would culminate in the transfer of sovereignty to Indonesia on December 27, 1949,” Ambassador Joseph R. Donovan Jr. said in his inauguration remarks.

The Ambassador thanked the Diplomatic Facilities Group at KEMLU and DKI Jakarta for valuable input that provided context and perspective for the design of the historical exhibit and the building itself.  The success of the project, he said, was due to close collaboration with Indonesian partners and friends, and the exhibit and building showcase chapters from Indonesia’s independence story that honor Indonesia’s struggle for democracy while highlighting the values of freedom, sovereignty, and self-determination that both our democracies hold dear.

As part of the new U.S. Embassy compound, Ambassador Donovan said the U.S. Embassy has a special responsibility in preserving the history of the building. “We are honored for the privilege and committed to preserving that history for decades to come,” he said.