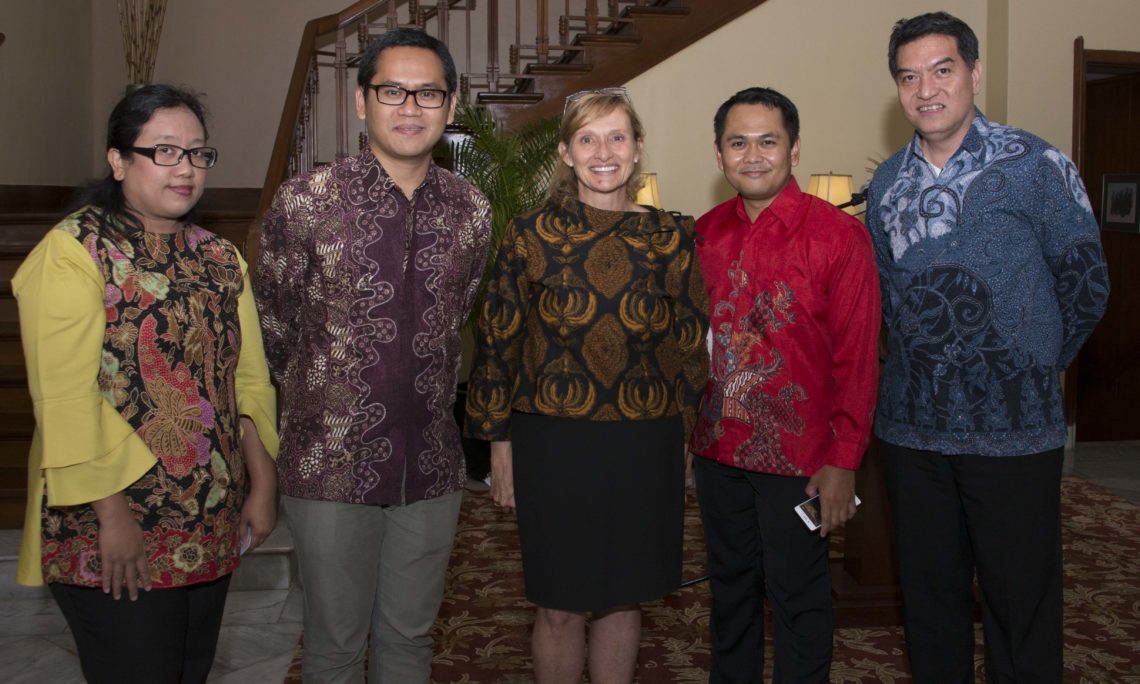 As Press Attaché, Mr. Surampudi leads the PAS’s Information Office (IO) that works closely with the press to highlight the Embassy’s activities and programs as well as to articulate U.S. foreign policy to Indonesian audiences.

A Foreign Service Officer for the last 20 years, Ms. Shultz previously served in Turkey, Kenya, India, Slovenia, Australia, and Washington, D.C. – building connections and understanding between the U.S. and the countries she has called home.  Her experience ranges from being tagged the ‘earthquake officer’ for the coordination of relief, visits, and follow-on programs after Turkey’s disastrous earthquakes, to her HIV-AIDS work in Kenya, and oversight of public affairs programming in Melbourne, Ljubljana, and Kolkata.  Ms. Shultz also provided strategic planning expertise to the Department of State’s Bureau of Conflict and Stabilizations Operations and served as the Acting Director of the International Visitor Leadership Program.  Ms. Shultz’s passions for her work are many, including gender equity and diversity, interagency collaboration, and calculated risk-taking.  Prior to entering the Foreign Service, she worked in senior-level management in manufacturing and the private sector, as well as in public relations for the NGO sector.  Ms. Shultz is originally from the Chicago area and attended Stanford University.

Rakesh Surampudi is the new Press Attaché and Spokesperson at the U.S. Embassy in Jakarta, Indonesia.  Prior to this assignment, he served as a Pearson Fellow on the Senate Foreign Relations Committee (Democratic staff), conducting oversight of the State Department and USAID, and handling anti-corruption, refugee/migration, and UN peacekeeping issues for Ranking Member Benjamin L. Cardin.  From 2012-2015, Mr. Surampudi was the Public Affairs Officer at the U.S. Consulate General in Sao Paulo, Brazil, focusing on education and English language programs.  Since joining the U.S. Foreign Service in 2000, he has served twice in Washington – as the Senior Italy Country Officer and in the office of UN Political Affairs – and overseas in London, Kolkata, Islamabad, Mexico City, and Santo Domingo.  A native of Pittsburgh, Mr. Surampudi received a B.A. in English from Tufts University and a J.D. from Emory University in Atlanta, where he practiced criminal and immigration law.  He is joined in Indonesia by his partner (also a Foreign Service Officer) and two sons.