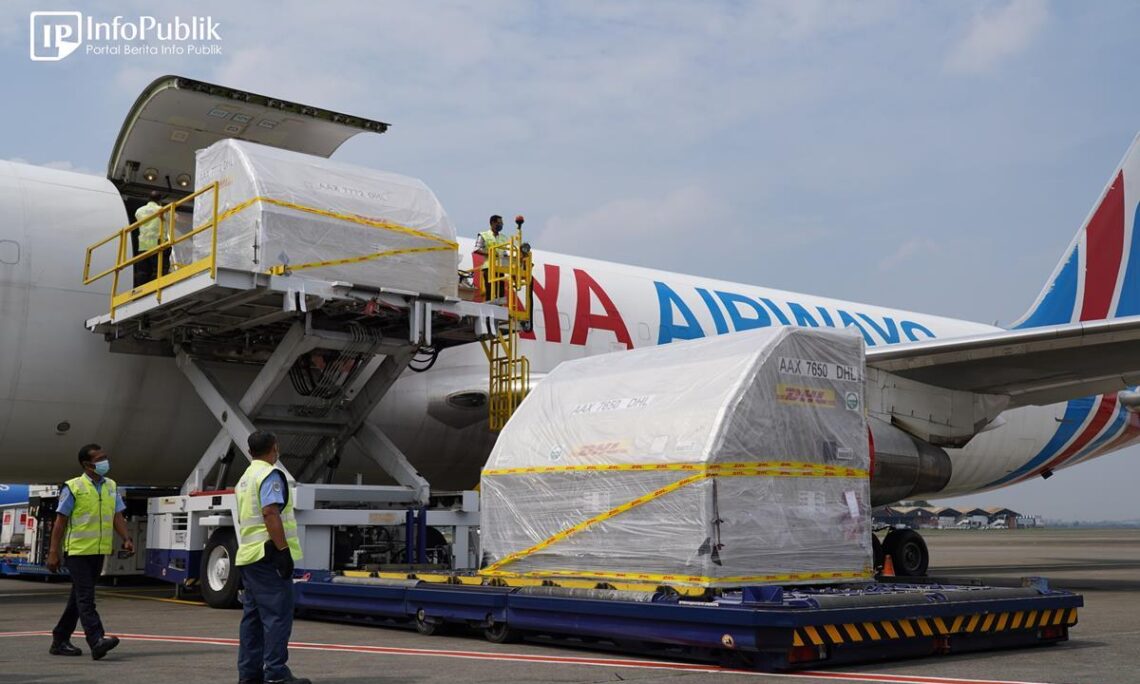 At the Virtual Global COVID-19 Summit on Sept. 22, President Biden announced that the U.S. is donating an additional half a billion Pfizer-BioNTech COVID-19 vaccines to low and lower-middle income countries around the globe, with shipments starting in January 2022.  This monumental commitment brings the total number of vaccines donated by the U.S. to over 1.1 billion doses, including the 500 million Pfizer-BioNTech doses the U.S. already purchased in June and began shipping in August.

The above totals include U.S. donations to Indonesia of 8 million doses of Moderna vaccine and 4.6 million doses of Pfizer vaccine.  The latest shipment, a batch of 871,650 Pfizer doses, arrived at Jakarta’s Soekarno-Hatta International Airport on the morning of Thursday, Sept. 23.

With President Biden’s announcement, the U.S. is donating three doses to the world for every one shot it has administered at home.  To date, the U.S. has already shipped nearly 160 million doses to 100 countries – donating more vaccines than all other countries combined – for free and with zero strings attached, with millions more shipping each day.

“We should unite around the world on a few principles: that we commit to donating, not selling — donating, not selling, doses to low- and lower-income countries, and that the donations come with no political strings attached; and that we support COVAX as the main distributor for sharing WHO-approved vaccines; and that we fight vaccine disinformation and exercise transparency to build vital public trust in these lifesaving tools,” said President Biden.

The U.S. Agency for International Development (USAID) and the U.S. Centers for Disease Control and Prevention (CDC) plan to provide an additional $370 million for global vaccine readiness and capacity to get shots in arms where they are most needed. The U.S. International Development Finance Corporation (DFC) will provide more than $383 million in political risk insurance to Gavi, The Vaccine Alliance to facilitate shipments of vaccines to nine countries across three continents, accelerating vaccine delivery to regions in greatest need.

Since the onset of the pandemic, the U.S. Government has committed more than $77 million to support Indonesia’s COVID-19 response. The United States works closely with Indonesia to accelerate COVID-19 case detection and tracking, improve laboratories, disease surveillance, and rapid-response capacity, and ensure that more people know what to do to protect themselves and each other. Since March 2020, our support has reached 165 million people in Indonesia— 60 percent of the country’s population. The United States has helped approximately 43,000 frontline healthcare workers and strengthened more than 1,300 hospitals and clinics around the country.