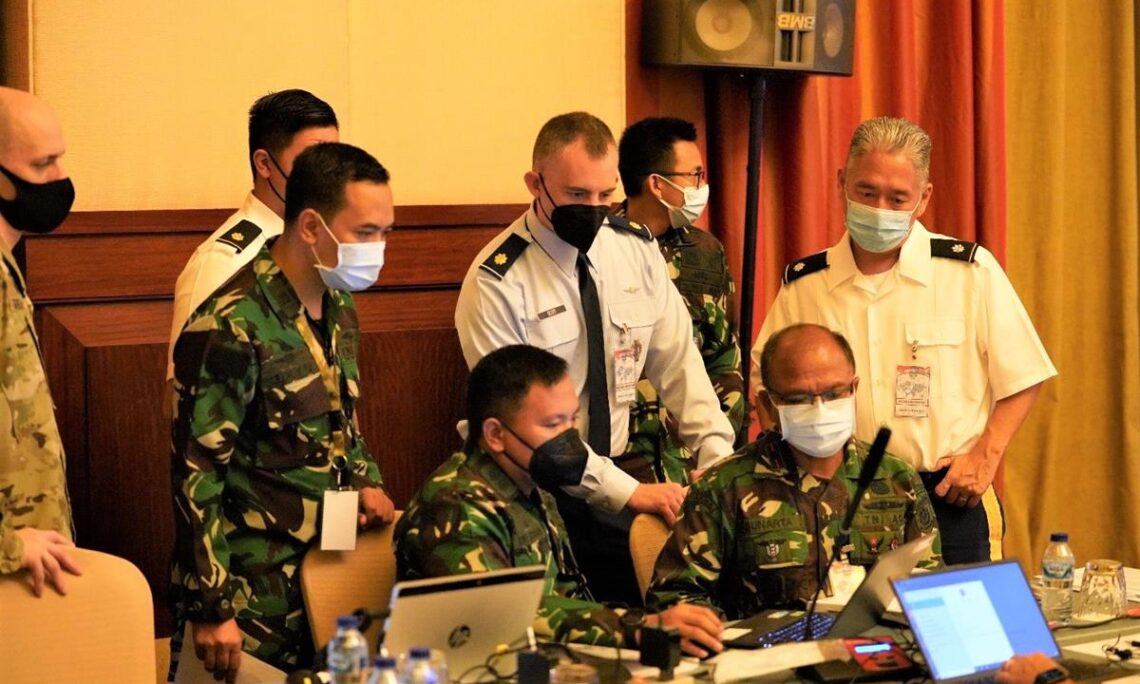 This was the ninth iteration of GEMA BHAKTI, Indonesian for “Echo of Good Deeds.” USINDOPACOM and TNI conducted planning for a scenario involving forces from the U.S. military (Army, Navy, Air Force and Marines and their TNI counterparts), as well as actors from the civilian and humanitarian community, such as U.N. World Food Program, USAID’s Office of U.S. Foreign Disaster Assistance, and the Red Cross.

“This year’s exercise refreshed the relationship between the TNI and US military, especially amidst the COVID pandemic and all of the mitigations enforced,” said Brig. Gen. Stephen F. Logan, Hawaii National Guard Deputy Adjutant General.  “The experience gained during the table-top exercise that keyed on transferring from peace-enforcing to peace-keeping was immeasurable.  In the past nine years, Exercise GEMA BHAKTI has evolved and increased in complexity.  GEMA BHAKTI 21 incorporated a staff exercise with multiple scenarios.”