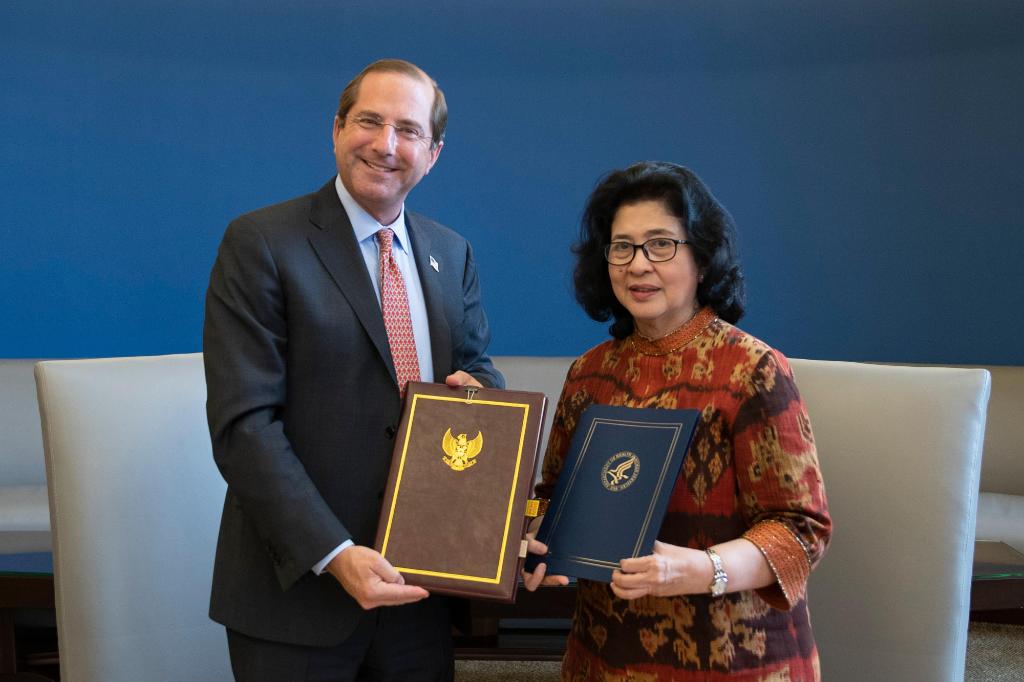 On May 21 at the World Health Assembly in Geneva, Switzerland, Secretary of Health and Human Services (HHS) Alex Azar and Indonesian Minister of Health Nina Moeloek signed a five-year bilateral health cooperation agreement. U.S. Ambassador to Indonesia Joseph Donovan Jr. noted, “This important cooperative agreement is another example of the breadth and depth of the 70-year partnership between Indonesia and the United States to address regional and global issues.”

The agreement will promote bilateral cooperation in eight key areas including emergency preparedness, disease prevention, and health research and development. The agreement also establishes a Health Cooperation Committee to be chaired by the HHS Deputy Secretary and the Secretary General of the Ministry of Health.