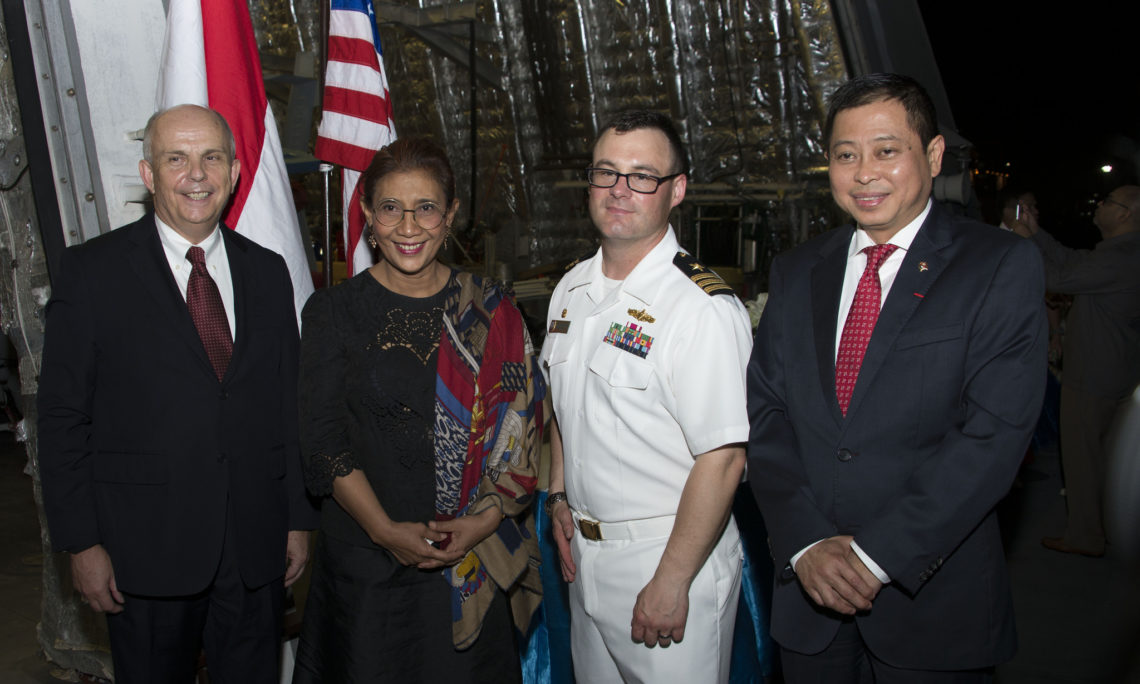 The USS Coronado (LCS 4), one of the U.S. Navy’s newest warships, made a good will port visit to Jakarta from September 14-16. During the visit to Jakarta the crew hosted a reception attended by the Ambassador, Indonesian Minister for Maritime Affairs Susi Pudjiastuti and Minister for Energy and Mineral Resources Ignasius Jonan, ambassadors from multiple countries, and senior officers from the Indonesian Navy. The Public Affairs Section also facilitated a tour of the warship for major Indonesian media outlets that reported on the ship’s cutting-edge technical capabilities and an interview with the ship’s commanding officer.  Following the two-day visit, the Coronado left port and conducted a Passing Exercise (PASSEX) with ships from the Indonesian Navy.  The visit of the USS Coronado marks over two years since a U.S. Navy ship called in Jakarta, the last being the USS Sampson (DDG 102) in March 2015.