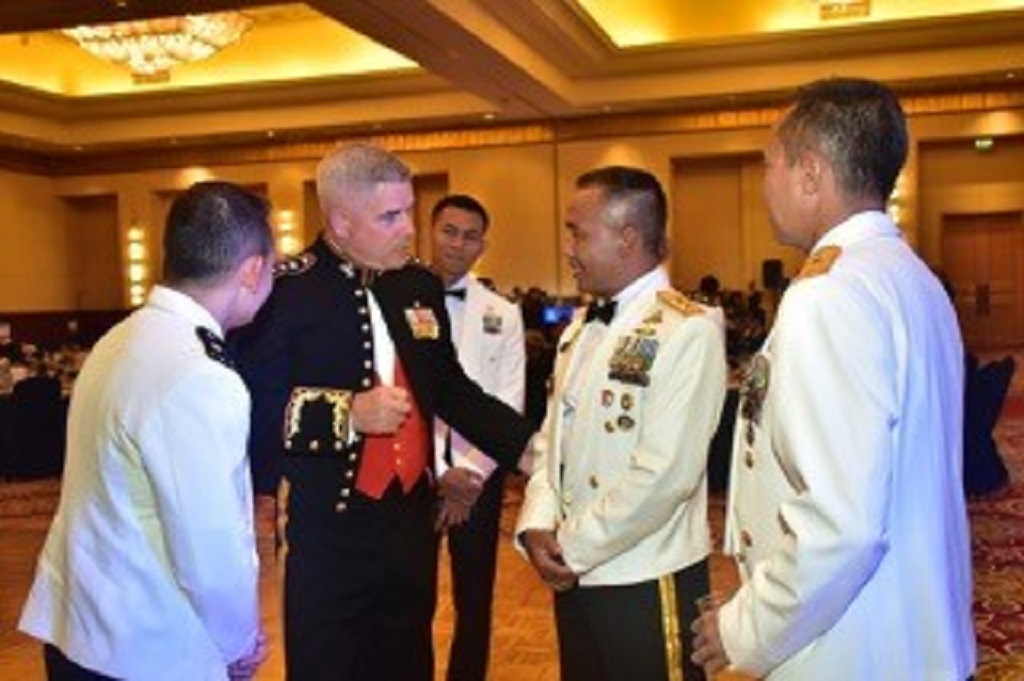 JAKARTA, Indonesia – The U.S. Marine Corps is celebrating 244 years of amphibious excellence in the same year that marks the 70th anniversary of U.S. and Indonesian diplomatic ties.

“This year marks the 70th anniversary of diplomatic ties between the U.S. and Indonesia,” said U.S. Ambassador Joseph R. Donovan Jr. “Throughout the year, we have been highlighting the places, stories, and dreams that showcase America’s broad partnership with Indonesia.” Ambassador Donovan emphasized that the purpose of events like this ceremony was to celebrate “the people of our two countries as Indonesians and Americans coming together to celebrate our diversity and our partnership.”

Lt. Gen. Osterman is one of several U.S. Marine Corps officials who have visited Indonesia in recent months to highlight the mutually beneficial relationship between the two armed forces, specifically between the U.S. and Indonesian Marine Corps.

“The strong relationship between the U.S. and Indonesian Marine Corps is demonstrated by our interoperability. We see commonality with their Marines and we greatly value our partnership,” said Lt. Gen. Osterman. “This trip has given us the opportunity to reflect on future training opportunities, combined disaster response capabilities, and share the time-honored celebration of the U.S. Marine Corps birthday.”

With 240 annual engagements and hundreds of Indonesian military members attending U.S. military schools every year, the U.S. and Indonesian armed forces’ relationship, and the Marine Corps relationship in particular, is exceptionally strong.

“The rapport between our Marines, from the most junior enlisted to our senior leadership, is the cornerstone of a productive, mutually beneficial relationship,” said Lt. Gen. Osterman.