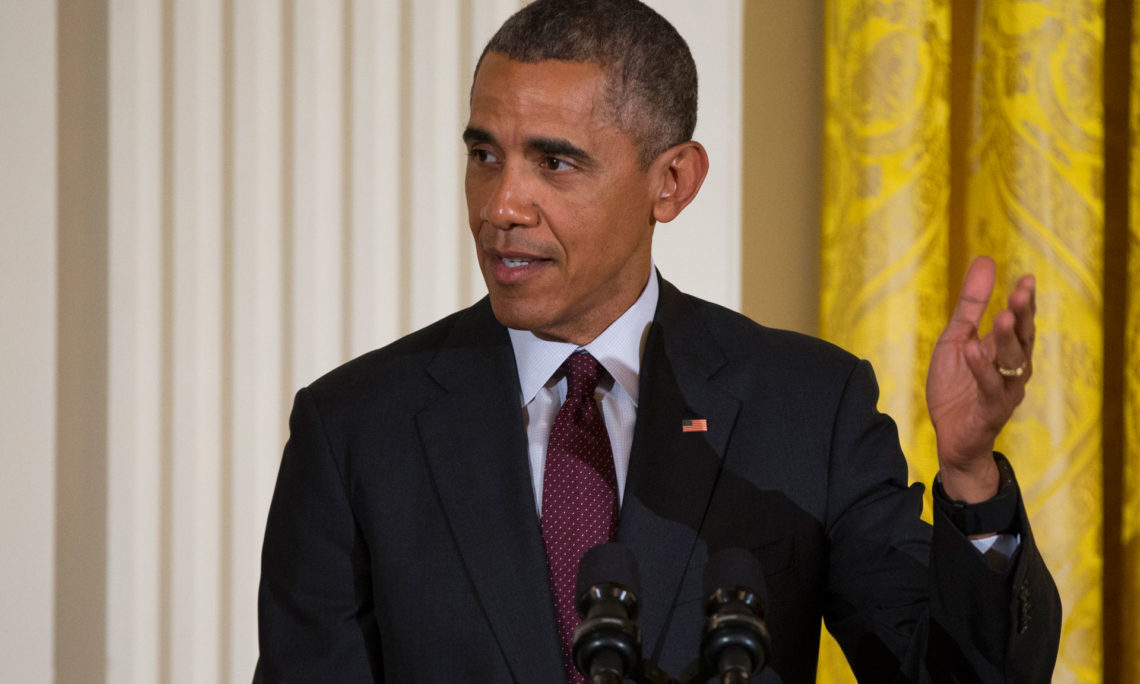 U.S. President Obama Honors Muslims Around the World with White House Iftar: “Whatever our faith, we’re all one family” (AP Images)

On Monday, June 22, U.S. President Barack Obama hosted his seventh annual Iftar dinner at the White House, noting to Muslims in the United States and around the world that “whatever our faith, we’re all one family”.  In addition to inviting members of the diplomatic corps and elected officials, he also honored young leaders and women who are advancing human rights in the United States and around the world. The President also spoke of the inherent freedoms in America that bind us together — including freedom of religion, and reinforced America’s obligation to care for one another extends beyond our immediate communities and borders.

During the Iftar, President Obama stated: “Our annual White House Iftar recognizes the sacredness of Ramadan to more than 1.5 billion Muslims around the world.  It’s also a reminder of the freedoms that bind us together as Americans, including the freedom of religion — that inviolable right to practice our faiths freely.

Our obligations to care for one another extend beyond our immediate communities, beyond our borders.  We keep in our prayers those who are suffering around the world, including those marking Ramadan in areas of conflict and deprivation and hunger.  The people of Iraq and Syria as they push back on the barbarity of ISIL.  The people of Yemen and Libya, who are seeking an end to ongoing violence and instability. The Rohingya in Myanmar, including migrants at sea, whose human rights must be upheld.”

The President noted that the challenges we face daily as a people demand the same qualities that observers summon every day during Ramadan — sacrifice, discipline, and patience.  “Together, we will overcome conflict and injustice — not just with words, but with deeds.  As the Quran teaches, let us answer with peace.”