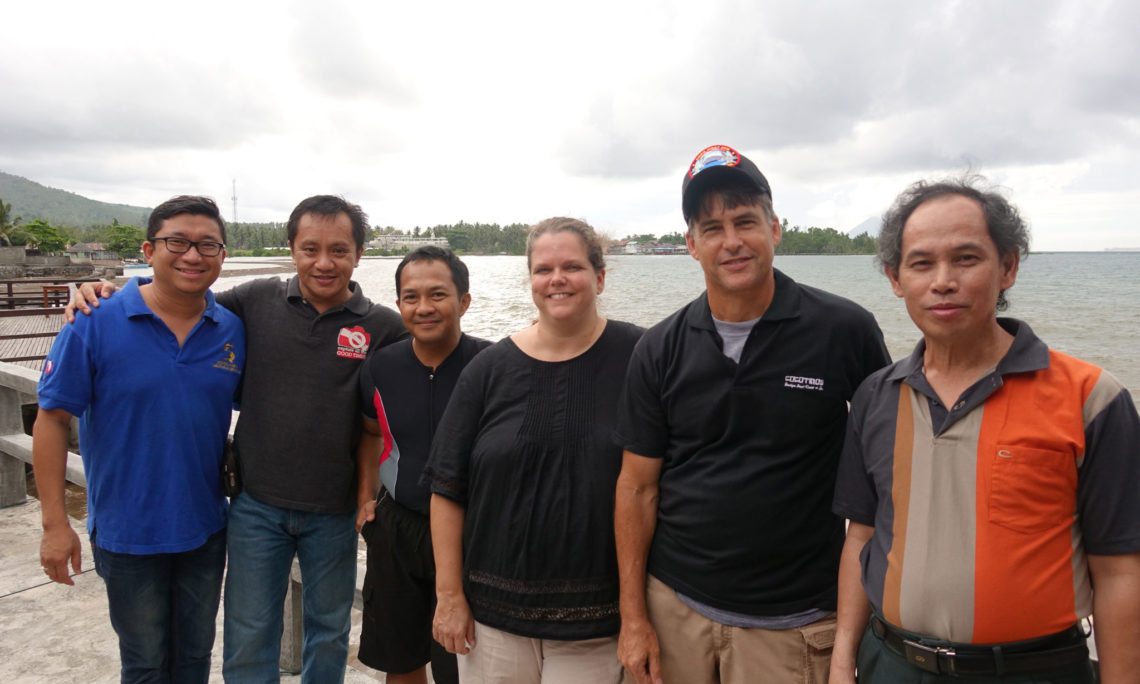 Manado, Indonesia – Chargé d’Affaires Brian McFeeters, Consul General Heather Variava, and marine scientists and professors from Sam Ratulangi University, participated in a follow-on event to the 2016 Our Ocean conference at Bunaken National Marine Park on November 1.  There they viewed the rich marine diversity of Bunaken and learned about Indonesia’s efforts to preserve its ocean environment.

Chargé d’Affaires McFeeters said, “A major focus of the Our Ocean conference was on the ‘Blue Economy’ and promoting sustainable fishing. Marine parks, such as Bunaken, are incredibly valuable to local livelihoods, and by engaging in the protection and management of the area, economic development and environmental protection can be balanced.”

The Our Ocean conference, held in September in Washington, D.C., announced over 136 new initiatives on marine conservation and protection, valued at more than $5.24 billion, and focused on key ocean issues, including marine protected areas, sustainable fisheries, marine pollution, and climate-related impacts on the ocean.

Bunaken National Marine Park is located in North Sulawesi amongst the Coral Triangle, providing a habitat to 390 species of coral, along with other marine species.  Indonesia will host the Our Ocean conference in 2018.