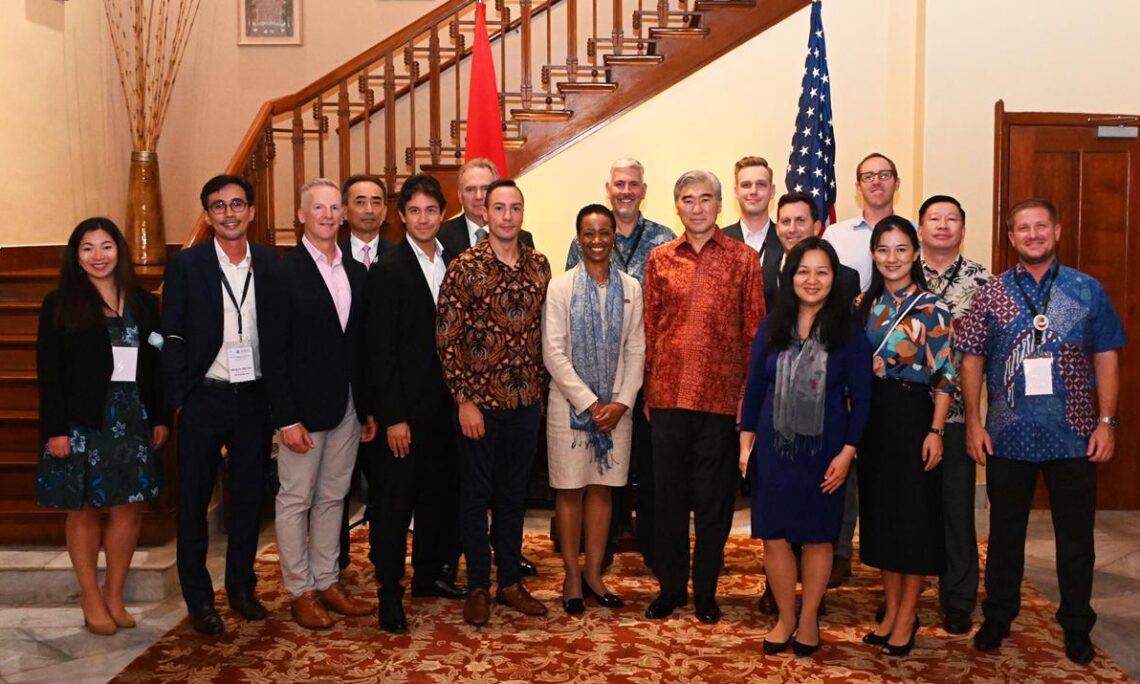 JAKARTA – Yesterday, a delegation of U.S. government and industry officials met with Indonesian public and private sector leaders to discuss trade opportunities, pursue investment deals, and explore project needs and export financing options, as both nations set sight on solving the challenges of climate change in Southeast Asia, while also empowering businesses and workers on both sides of the Pacific.

“The United States deeply values its close, productive partnership with Indonesia,” said Phan during the opening ceremony. “As the second and third most populous democracies in the world, our nations share cherished democratic values. And we likewise share a vision of a free and open Indo-Pacific region, in which Indonesia is a key leader.”

As part of her remarks, Phan announced that ITA’s U.S. Commercial Service will launch new programming to support U.S. private sector collaboration as Indonesia moves forward with its plans to build a smart and sustainable new capital city in Nusantara.

While ITA’s team of commercial diplomats and specialists arranged and facilitated business-to-business matchmaking meetings between U.S. and Indonesian firms, buyers, and investors, Phan engaged with officials with the Indonesian Ministry for Economic Affairs and Ministry of Trade to laud the Indonesian government’s founding partner role in IPEF. She also discussed additional opportunities for the United States and Indonesia to partner in clean energy and clean technology.

Ebong said, “Our participation in this trade mission builds on USTDA’s support for more than 100 sustainable infrastructure projects in Indonesia. The robust conversations we have had will materialize into new opportunities for USTDA to develop climate-smart infrastructure to foster Indonesia’s economic growth, while also supporting U.S. jobs through the exports of U.S. goods and services.”

Phan and Ebong also held engagements with important private sector leaders, including a roundtable organized by the Indonesian Chamber of Commerce, where they met with several prominent Indonesian businesswomen to hear their stories and gather input on additional efforts governments can take to support women’s economic empowerment. Toward the end of the day, Senior Vice President Christopher Day of EXIM traveled with delegation members to learn how U.S. companies in Indonesia are helping to drive the development of sustainable digital infrastructure in the country by visiting the Princeton Digital Group’s Data Center in Bintaro. “EXIM has a long history of working with Indonesia and looks forward to discussing ways EXIM can finance U.S. goods and services that support clean energy and digital infrastructure,” he said.

U.S. Ambassador to Indonesia Sung Y. Kim was also in attendance in the morning to wish the U.S. delegation and Indonesian counterparts success.

“With the launch of the Indo-Pacific Economic Framework for Prosperity, this is a historic trade mission, and I am delighted to meet with this delegation of U.S. business executives who realize the great potential that exists here in Indonesia,” said Ambassador Kim. “I look forward to hearing about the opportunities for collaboration and partnership that IPEF will help facilitate for the benefit of workers in both nations.”

On Wednesday, the delegation will begin the mission’s second stop in Hanoi, Vietnam.