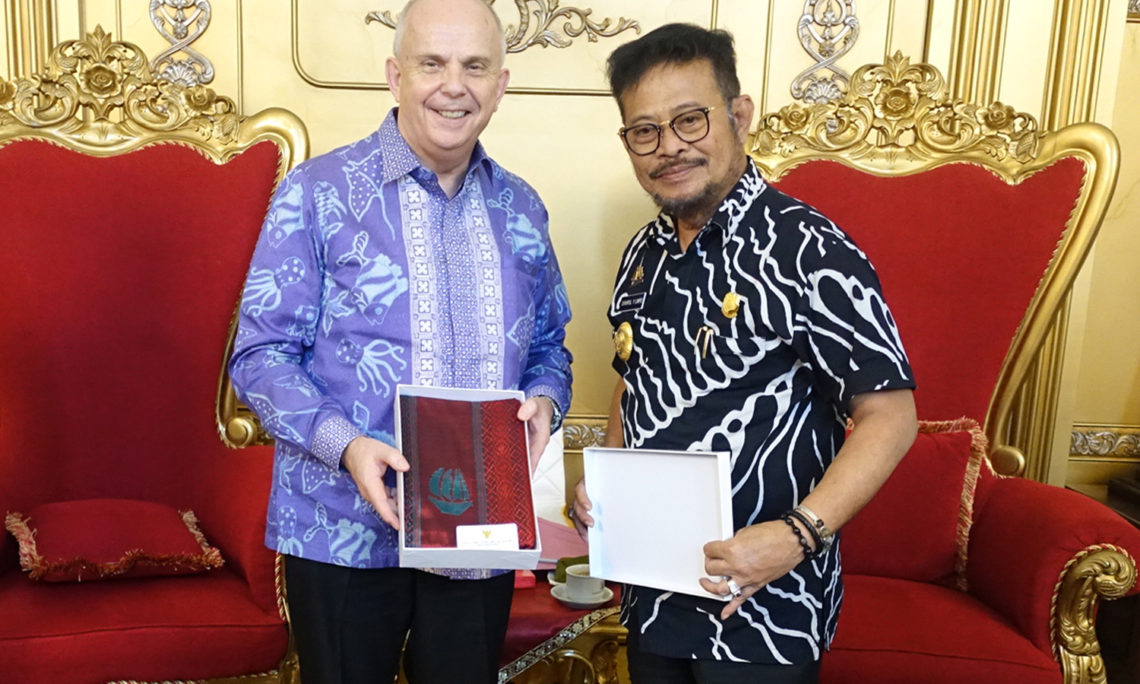 This inaugural visit to the province emphasized the strong links between United States investment and and supporting local economies. The Mars facility currently processes 17,000 tons of cocoa beans each year, and is responsible for making the full range of Mars chocolate products. Along with research on cocoa sustainability, the company has strong links to supporting sustainable farming techniques for local farmers, as well as coral reef rehabilitation and aquaculture promotion for coastal communities. The Ambassador stated, “When U.S. companies are able to invest in Indonesia, we see the positive impact they have in building the local economy.”

At the PLN Dispatch Center, Ambassador Donovan saw firsthand how USAID is assisting this institution in integrating renewable energy, including wind and solar power, into Indonesia’s power system. Ambassador Donovan said, “The United States, through our partnership with the Government of Indonesia, is bringing together the best of American and Indonesian innovation to deliver cost effective, reliable, and sustainable renewable energy.”

While meeting with alumni from United States Government-funded programs, Amassador Donovan heard about the impacts these exchanges have had on the lives of participants. Representing a range of programs, including Fulbright scholars, YSEALI academic fellows, and Youth Exchange Study (YES) scholars, the Ambassador heard about the importance of strengthening the people-to-people ties of Indonesia and the United States. “Together we are partners working together to ensure the relationship between the United States and Indonesia stays strong for years to come,” said Ambassador Donovan.