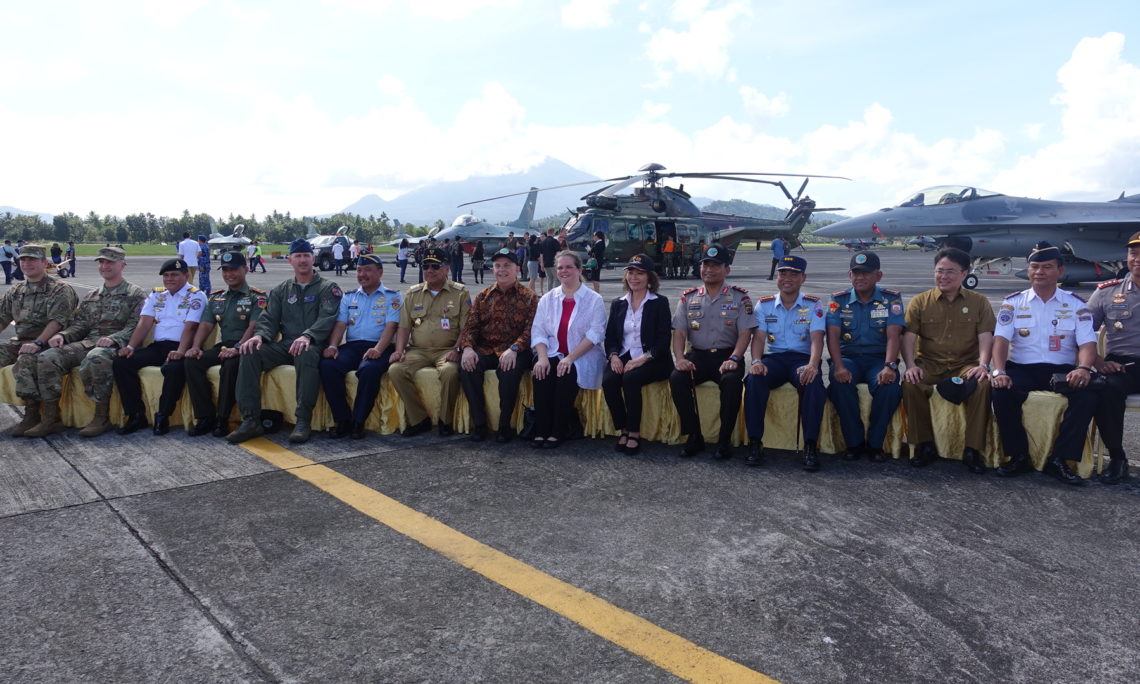 While in Manado, Ambassador Donovan participated in the opening ceremony of the Cope West 2018 exercise held at Sam Ratulangi International Airport. This joint military exercise involves fighter aircraft from the U.S. and Indonesian air forces, as well as approximately 110 members of the U.S. Air Force and 150 members of the Indonesian Air Force. Together, the two militaries engaged in training exercises and joint sorties, to advance interoperability and build on the partnership that exists between U.S. military forces and the Indonesian Air Force. “By participating in exercises with military forces of our partner nations, such as Indonesia, the United States reinforces its commitment to peace and stability in the region,” said Ambassador Donovan.

Ambassador Donovan toured the American Shelf at Universitas Sam Ratulangi, where he met with alumni from United States Government-sponsored programs, including Fulbright scholars, YSEALI alumni, and participants in the International Visitor Leadership Program (IVLP), along with UNSRAT students. The American Shelf was opened in 2017, and includes resources provided by the U.S. Consulate General in Surabaya, promoting education in the United States, as well as American culture. During his remarks, the Ambassador emphasized the benefits of studying in the United States and the positive impacts it has on our bilateral relationship. “An American education is an investment in your future, and helps strengthen ties between Indonesia and the United States.”