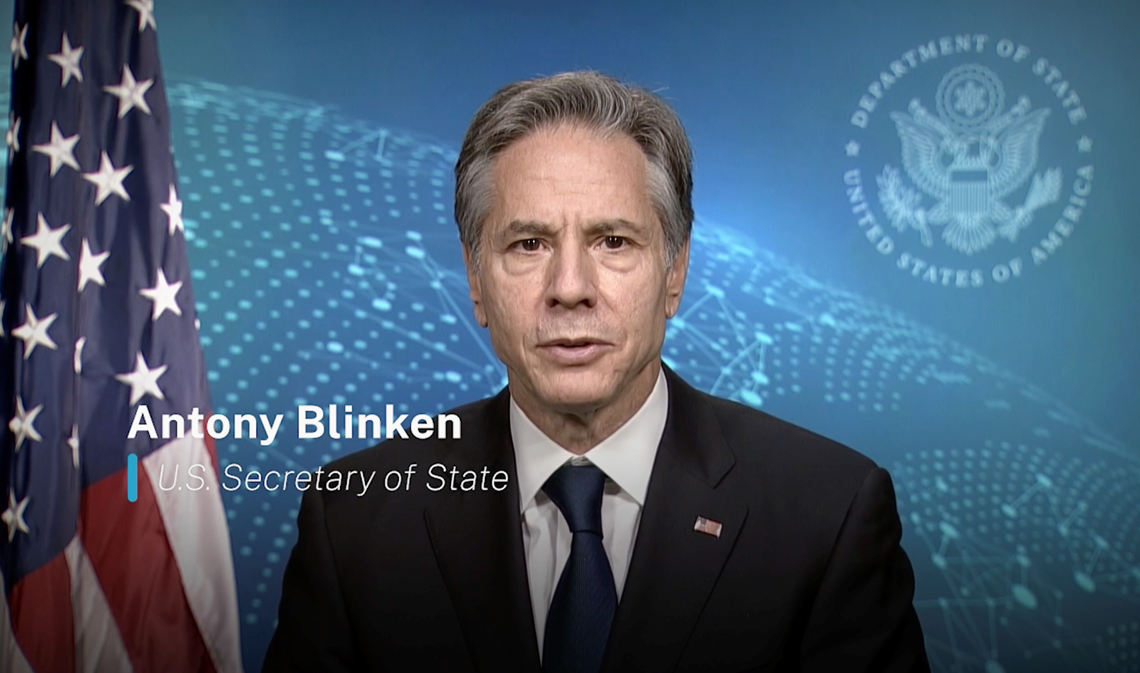 BALI – On December 9, 2021, the United States Secretary of State Antony J. Blinken and United States Ambassador to Indonesia Sung Y. Kim delivered remarks at the 14th annual Bali Democracy Forum (BDF) in Nusa Dua, Bali. The topic of the 2021 BDF, “Democracy for Humanity: Advancing Economic and Social Justice during the Pandemic,” aligns with the theme of the U.S. Summit for Democracy to revitalize democracy globally and promote a more equitable, inclusive, and sustainable world.

This year’s BDF coincides with the U.S. Summit for Democracy on December 9-10. Later today, U.S. President Joseph R. Biden, Jr. will host the Summit for Democracy and meet virtually with President Jokowi and other heads of state to discuss ways to revitalize democracy globally in the face of threats from growing authoritarianism, violations of human rights, and corruption.“Our Summit for Democracy will call for a Year of Action to renew democracy worldwide. Together with the efforts of the Bali Democracy Forum, we hope that we will see measurable progress soon in that quest – in the Indo-Pacific region and everywhere,” said U.S. Secretary of State Blinken. “United States will work alongside any country that’s willing to defend the free and open rules-based order that makes stability and growth possible, and that facilitates countries coming together to address global threats,” added U.S. Secretary of State Blinken.

Regarding inequality in the context of the global pandemic, Ambassador Kim emphasized that the pandemic response and recovery must be a global effort. “Democracy is an opportunity for us to not only combat authoritarianism, counter corruption, and advance human rights, but also to ensure that those values are at the core of our efforts to build back better from the pandemic,” said Ambassador Kim. “The United States has committed to providing over one billion vaccines, with no political strings attached, focusing on low and lower-middle income countries around the globe,” added Ambassador Kim.

The United States is the largest donor to COVAX, with a total commitment of $4 billion, which has helped Gavi facilitate the donation of more than 44.7 million total vaccine doses to Indonesia.

To further advance cooperation between the two countries, U.S. Secretary of State Antony J. Blinken is scheduled to visit Indonesia next week and will meet with senior Indonesian officials to discuss ways to expand and deepen the partnership.

From dedicated participation in the Bali Democracy Forum to the Summit for Democracy, the United States is at the center of efforts to promote inclusive governance, openness and transparency, active civil society, and human rights. The U.S. will continue to collaborate with partners like Indonesia to promote these democratic values, and this kind of cooperation enables U.S. and Indonesia to tackle the world’s most pressing challenges together.