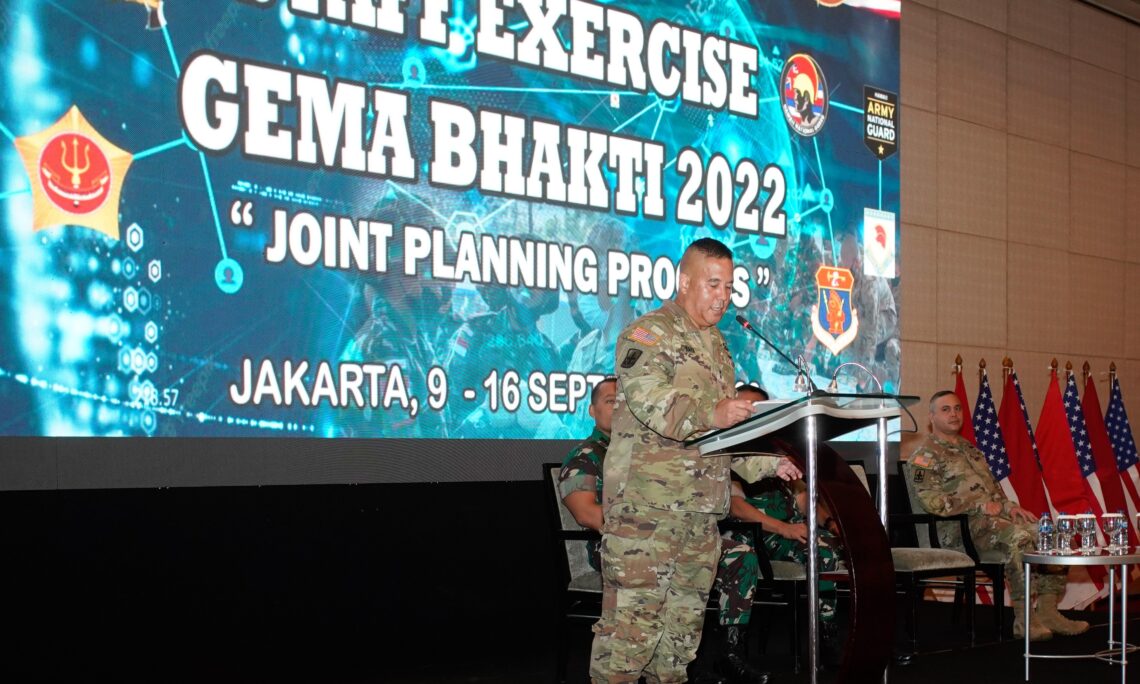 JAKARTA – Exercise Gema Bhakti 22 (GB22), a staff exercise between members of U.S. Indo-Pacific Command (USINDOPACOM) and Tentara Nasional Indonesia (TNI), opened on September 9 in Jakarta, Indonesia, and will run through September 16.  The exercise is designed to improve joint, operational-level staff planning and processes.  It also promotes positive military relations, assures security and stability in the region, and increases cultural awareness, while enhancing command and control proficiency of the combined forces.

During the 10th iteration of Gema Bhakti (Indonesian for “Echo of Good Deeds”), U.S. forces and the TNI will work together to conduct operational-level planning for crisis response.  The scenario will take place on a notional continent, with forces from the U.S. military and support from members of the civilian and humanitarian aid community.

“Like Garuda Shield, Gema Bhakti has evolved from a smaller, less complex exercise to a far more challenging and robust joint exercise that enhances TNI and U.S. interoperability and multinational capability,” said Maj. Gen. Kenneth Hara, Adjutant General for the State of Hawaii, in his opening remarks.  “I look forward to strengthening relationships, improving readiness, and increasing interoperability between the United States’ and Indonesia’s armed forces,” said Hara.

Approximately 110 U.S. military and interagency personnel and 30 personnel from TNI and Indonesian non-military organizations will practice combined operations planning during GB22.  Exercise objectives include improving coordination of military capabilities with civilian agencies and the humanitarian aid community; organizing and integrating into a combined task force to execute military operations; and enhancing professional development through bilateral maritime security, cyber and other operational-level planning events.