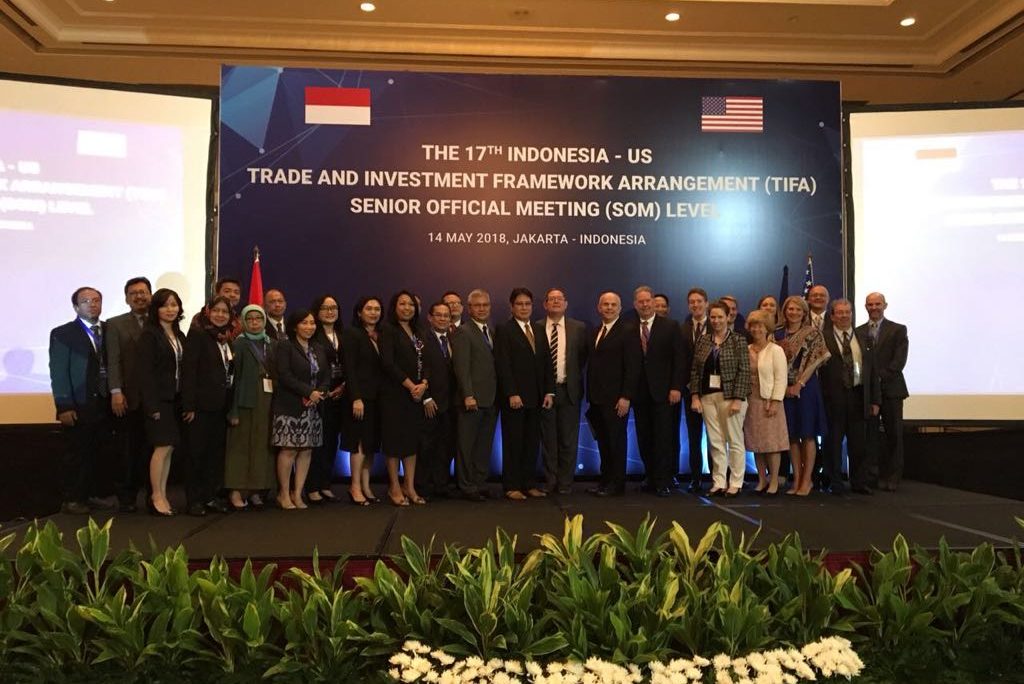 Jakarta, Indonesia – The United States and Indonesia held meetings on May 15, 2018 under their Trade and Investment Framework Agreement (TIFA) to discuss ways to further strengthen trade relations and promote free, fair, and reciprocal trade between them.

During the meetings, the United States and Indonesia agreed to work together to address outstanding issues on agriculture, digital trade, financial services, fisheries, and labor.  The U.S. side also shared information on the recently announced Generalized System of Preferences (GSP) country practice review for Indonesia.

At the meetings, the United States and Indonesia formally adopted a work plan on intellectual property that sets a roadmap for addressing concerns identified with respect to Indonesia in previous Special 301 Reports.  At a business lunch with representatives from the U.S. and Indonesian private sectors, Indonesian companies shared their plans to increase investments in the United States.  The two countries agreed to follow-up discussions on intellectual property rights, insurance, environment, and labor.

The meetings were chaired by Acting Assistant U.S. Trade Representative Karl Ehlers and Ministry of Trade Director General for International Trade Negotiations Iman Pambagyo. Additionally, the delegation for the United States included U.S. Ambassador to Indonesia Joseph Donovan, Foreign Agricultural Service Deputy Administrator Bob Macke, and officials from the Office of the U.S. Trade Representative and the Departments of Agriculture, Commerce, Labor, and State.  For Indonesia, officials were from the Ministries of Trade, Agriculture, Foreign Affairs, Law and Human Rights, Communications and Information Technology, Marine and Fisheries, and Manpower, as well as the Coordinating Ministry for Economic Affairs, the Financial Services Authority, and the Central Bank of Indonesia.