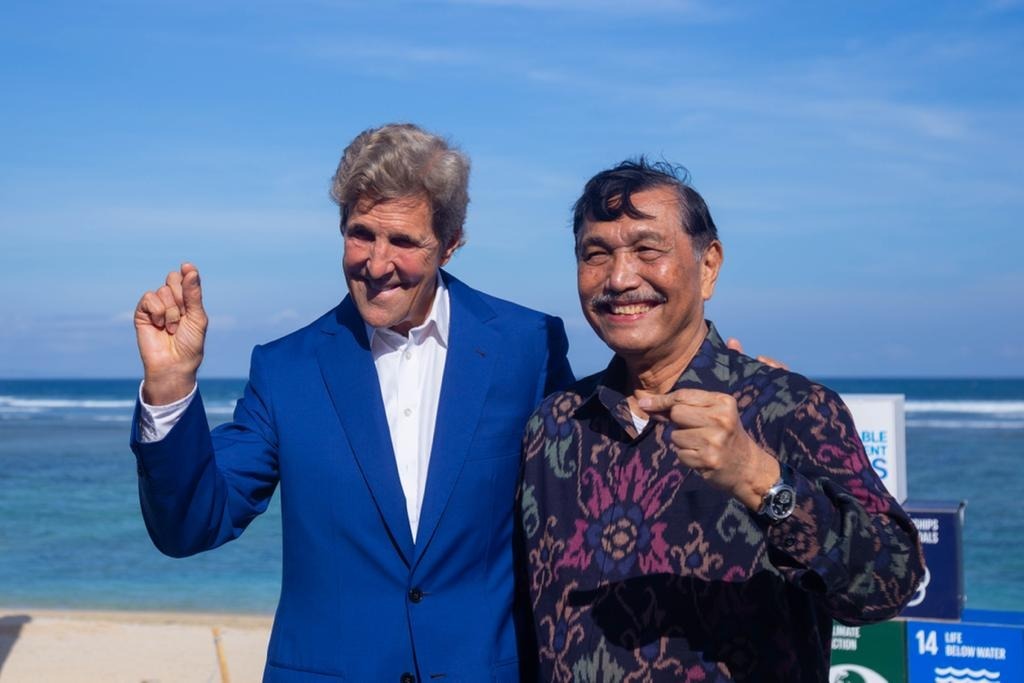 NUSA DUA, BALI – Special Presidential Envoy for Climate John Kerry visited Bali August 30 through September 2 to participate in the G20 Joint Environment and Climate Ministerial Meeting and for bilateral conversations with the Government of Indonesia regarding accelerating Indonesia’s just transition to renewable energy. Secretary Kerry and Coordinating Minister for Maritime and Investment Affairs Luhut Pandjaitan agreed on a framework for Indonesia to significantly accelerate its renewables deployment this decade, in conjunction with the United States, Japan, and other country partners mobilizing significant public and private finance for investment in Indonesia’s energy transition.

They acknowledged that finance for the energy transition, including public and private finance, will be a key tool for supporting Indonesia’s energy transition, and the United States expressed its commitment to mobilizing finance in support of the transition. Secretary Kerry and Coordinating Minister Luhut also held talks with major financial institutions. The private finance representatives, all members of the Glasgow Financial Alliance for Net Zero (GFANZ), expressed their support for a just energy transition in Indonesia and for expanding the availability of capital for renewable infrastructure and coal transition in the context of the agreement described above, and shared their views regarding the steps that must be taken to implement this agreement. This is the first time that financial institutions joined with the Indonesian and U.S. governments, to discuss in detail requirements necessary to mobilize their finance for Indonesia’s energy transition.

Indonesia stated that it intended to implement the necessary measures to facilitate the acceleration of grid-scale renewable energy this decade. They discussed how to expand and accelerate collaboration and support for the transition. Both sides recognize the need for mobilizing significant public and private finance to pursue the transition. They agreed to meet in the next two weeks to work toward completion of the agreement, and expressed their enthusiasm for the progress made.

Kerry said: “The United States is committed to working with other country partners to mobilize investments in support of Indonesia’s energy transition.”

Luhut said: “Indonesia is determined to transition our power system from coal to renewable energy, and to step up our leadership on the climate crisis. Indonesia looks forward to committed sustainable and blended financing from developed countries, multilateral institutions, philanthropy and investors as well as capacity building and technology support in order to implement a just energy transition for our common future, and the partnership should ensure that economic development and growth is not compromised in the transition.” 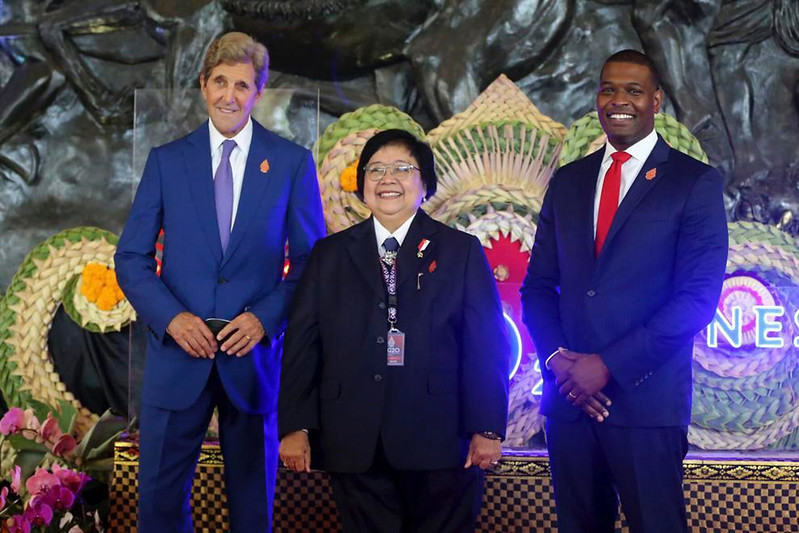