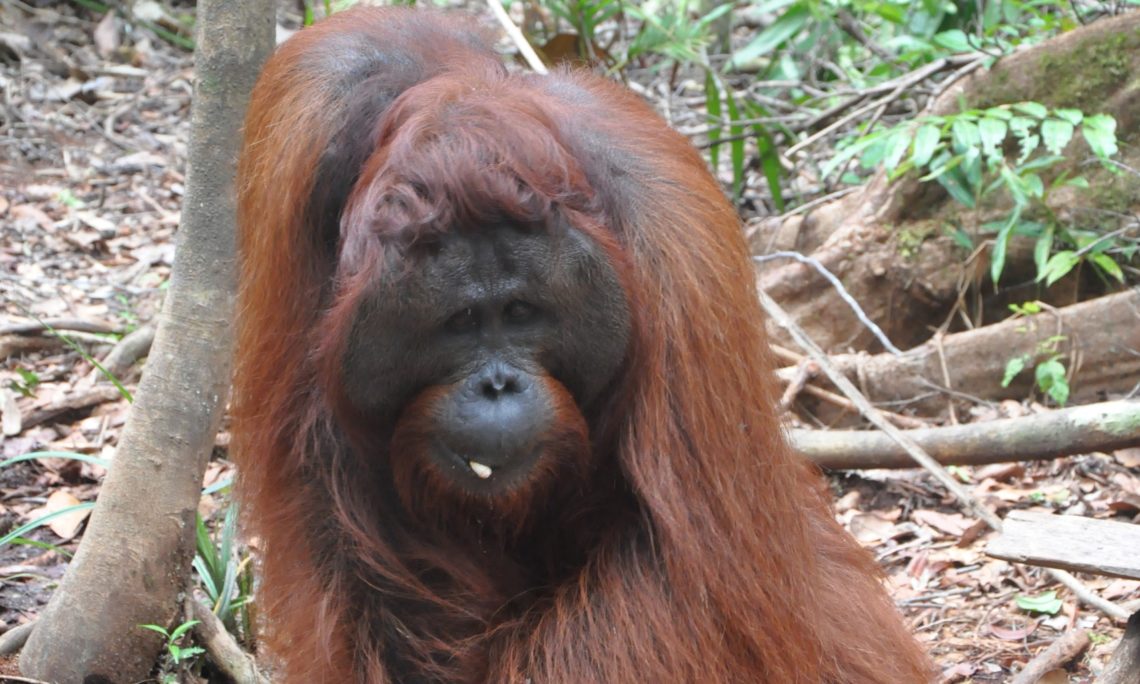 JAKARTA – The United States Embassy, the Government of Indonesia, and the Borneo Orangutan Survival (BOS) Foundation announced the successful release of two male and two female rescued orangutans to the Bukit Baka Bukit Raya National Park on Borneo Island. The four orangutans raised the total number of rescued orangutans in the national park to 75 since the first release in August 2016.

The International Union for Conservation of Nature has declared orangutans as critically endangered. In Indonesia, orangutans are protected by law. However, their population continues to decline due to poaching, forest fires and habitat loss. Their extinction will affect forest regeneration and ecosystem balance.

The United States Agency for International Development (USAID) committed $87.8 million from 2015 to 2020 to assist the Government of Indonesia improve the management of nearly two million hectares of orangutan habitat and conserve protected species.

USAID Acting Mission Director Ryan Washburn said, “We are proud to work with the Government of Indonesia and the BOS Foundation to release more orangutans back to their natural habitat. Since the early 1990s, USAID has consistently supported natural resource management and forest conservation, which include orangutan habitat.”

The head of the Central Kalimantan Conservation and Natural Resources Center (BKSDA) Adib Gunawan said, “We should continue to release orangutans back into their natural habitat because there are still hundreds of orangutans currently residing in rehabilitation centers.  We will continue to work with the BOS Foundation, Bukit Baka Bukit Raya National Park, and USAID to release more orangutans from the rehabilitation center in Nyaru Menteng. We fully appreciate this collaborative effort.”

The head of the Bukit Baka Bukit Raya National Park Center for Central and West Kalimantan Heru Raharjo noted, “We will make sure all of the orangutans are able to reestablish their habitat and increase their population. The more orangutans in the forest, the closer we get to the goal of preserving this protected wildlife.”

The CEO of the BOS Foundation, Jamartin Sihite, said, “There are hundreds of other orangutans waiting at our rehabilitation center in Nyaru Menteng. Let us work together to save the remaining orangutans and forests because conserved and protected forests are important factors for the quality of human life. In the New Year, let’s set new hope. ”

The Katingan District community, individual donors, PT. Cometa International, and Zoos Victoria and the Commonwealth of Australia through their Department of Environment and Energy, and other conservation organizations from around the world are among the important contributors to forest conservation and orangutan protection efforts.

Watch other rescued orangutans that were released to Bukit Baka Bukit Raya National Park in 2016 at: https://youtu.be/INzrZzkKkgg.