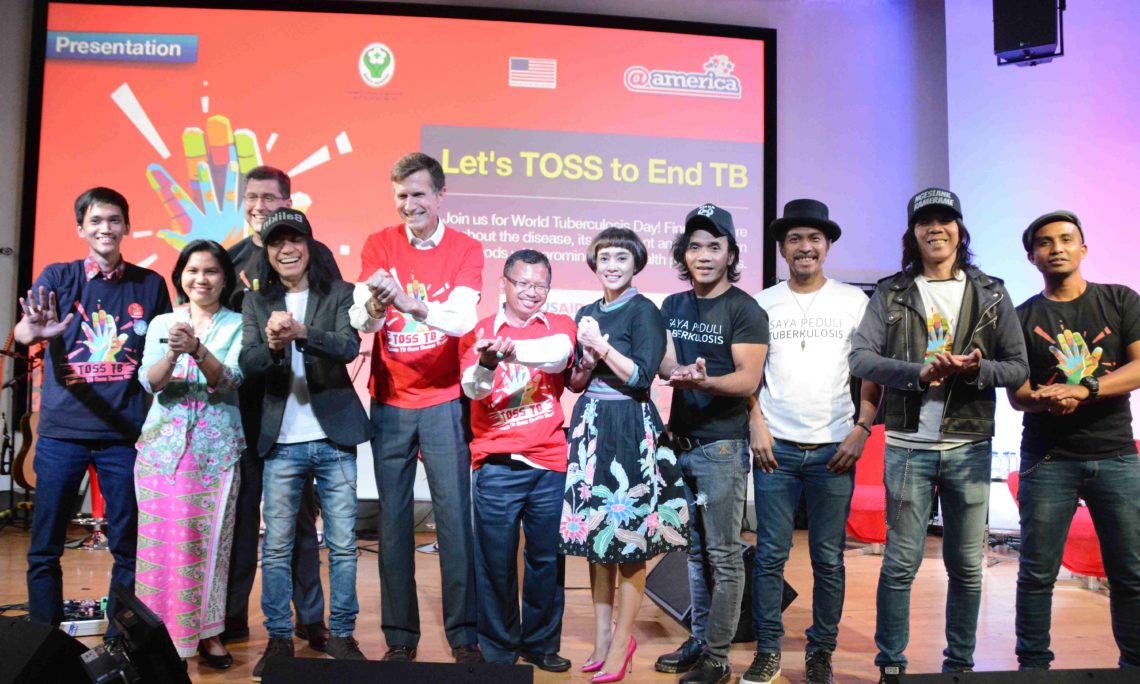 JAKARTA – On World Tuberculosis Day (March 24, 2016), U.S. Ambassador Robert Blake launched a new Public Service Announcement (PSA) video at @america, encouraging Indonesians to get tested and treated for tuberculosis (TB) if they have a persistent cough. The video prominently features Indonesian rock band Slank who gave a surprise performance at the @america event. The PSA is part of the Ministry of Health’s public awareness campaign on TB: “TOSS TB” (Find TB, Treat Until Cured).

TB is among the top five leading causes of death in Indonesia, killing about 100,000 people each year. There are an estimated one million new cases of TB annually, equivalent to the total population of Bogor; one person is infected about every 30 seconds. Someone with TB can infect as many as 15 other people every year they go without treatment.

“We’re proud to say that the United States is the largest bilateral donor supporting TB eradication programs,” said Ambassador Blake. “Through the U.S. Agency for International Development (USAID) and the Global Fund to Fight AIDS, TB, and Malaria, the United States partners with the Indonesian Ministry of Health to ensure quality TB testing, treatment and information is widely available.”

“TB tests and treatment are free through public hospitals and puskesmas. Through our TOSS TB campaign, we encourage Indonesians with coughs more than two weeks to get tested for TB, treated, and cured. We also hope that more people will have knowledge about TB and its symptoms,” said Dr. Wiendra Waworuntu, Ministry of Health director of communicable diseases.

Kaka, the lead singer for Slank, said, “We just found out that TB is rampant in Indonesia, therefore it is important for Slank to help spread the message of to help treat and eradicate TB.”

USAID supports the Ministry of Health’s work on TB through various programs, including Challenge TB and the Community Empowerment of People Against TB.

To view the PSA, visit USAID/Indonesia’s YouTube Page at https://youtu.be/OGvVGnOw4nI.