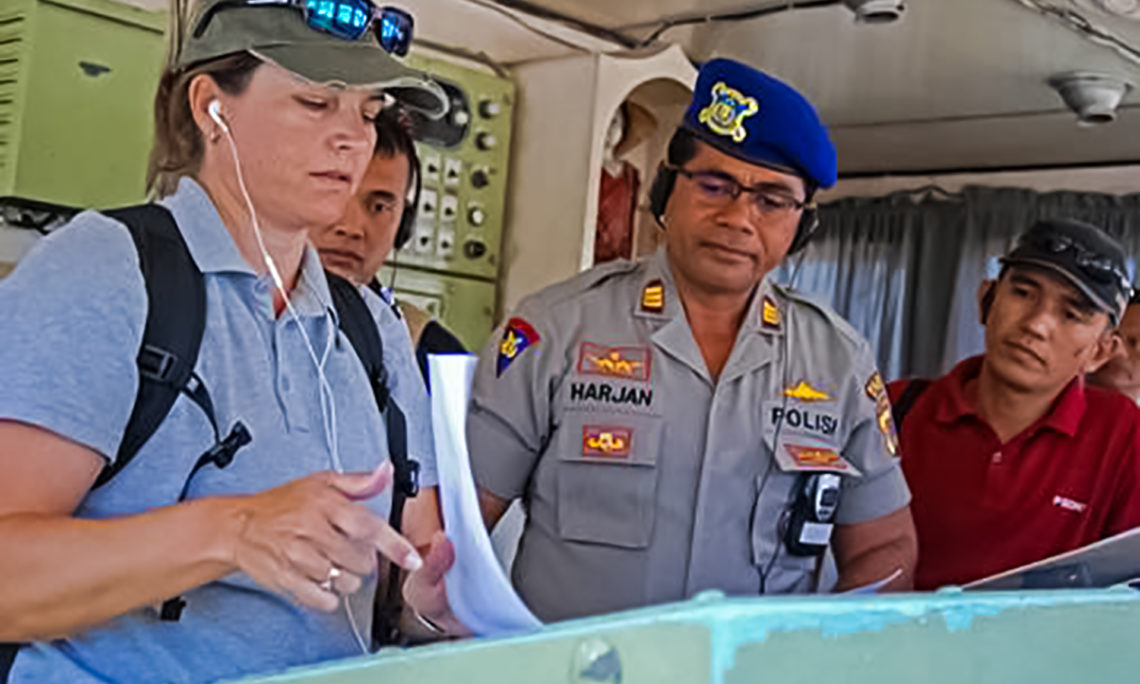 The Indonesian Ministry of Marine Affairs and Fisheries (MMAF) and the U.S. Agency for International Development (USAID) have partnered to bring a team of seven experts from the National Oceanic and Atmospheric Administration to provide training from August 22-26 to Indonesian officials from the Ministry of Marine Affairs and Fisheries, Customs, Ministry of Foreign Affairs, and managers from the major Indonesian fishing ports in Manado on how to implement effective Port State Measures. This follows Indonesia’s ratification of the 2009 Agreement on Port State Measures to Prevent, Deter, and Eliminate Illegal, Unreported, and Unregulated Fishing. Thirty-one countries, including Indonesia, as well as the European Union, have become party to the agreement which entered into force globally on June 5, 2016.

“The United States is proud to support Indonesia’s efforts to combat illegal, unreported, and unregulated fishing,” said Chargé d’Affaires Brian McFeeters. “Illegal fishing steals billions of dollars’ worth of resources from Indonesia’s waters each year, hurting those who play by the rules, including tens of thousands of Indonesians who support their families by fishing responsibly and legally. Illegal fishing also undermines efforts to conserve and manage shared fish stocks and threatens the sustainability of all fisheries.”

Port State Measures entails conducting port inspections of fishing vessels that are suspected of being engaged in illegal, unreported, and unregulated fishing in order to prevent their fish products from landing in ports.

The training consists of both classroom and hands-on practice to simulate boarding of vessels suspected of illegal activity. It also sets the stage for curriculum development and further training by the Indonesian government that will cascade these skills to all port officials working in Indonesia’s five designated major fishing ports: 1) Samudera Bungus in West Sumatra, 2) Samudera Nizam Zachman in Jakarta, 3) Samudera Bitung in North Sulawesi, 4) Nusantara Ambon in Maluku, and 5) Nusantara Pelabuhan Ratu in West Java.

Through USAID, the United States contributes $39 million to help the Indonesian government protect and manage seven million hectares of ocean and coastal resources.

For more information about USAID, visit www.usaid.gov/indonesia or contact Janice Laurente at jlaurente@usaid.gov.