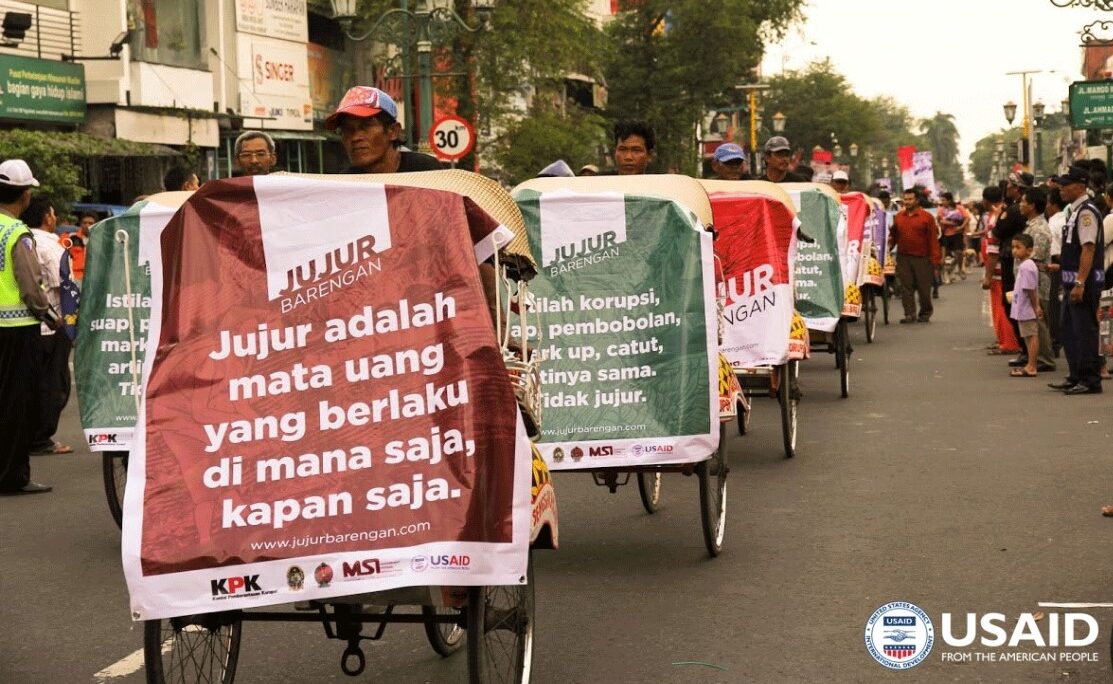 JAKARTA, Indonesia — On January 24, the United States, through the U.S. Agency for International Development (USAID), announced a $9.9 million program to help Indonesia prevent corruption by boosting civic engagement and promoting integrity in public and private sectors.

This initiative will focus on strengthening government and civil society practices to improve transparency, reduce conflicts of interest, and promote accountability. It will engage the public to provide oversight and encourage attitudes shunning corrupt practices.

USAID is partnering with a local organization, Kemitraan (Partnership for Governance Reform), to implement this five-year program. This partnership will further the Government of Indonesia’s Medium-Term Development Plan on quality growth, infrastructure, and stability. In addition, the program aligns with the National Strategy on Anti-Corruption by supporting anti-corruption policy formation and effective regulation, coordination with relevant institutions, and public engagement.