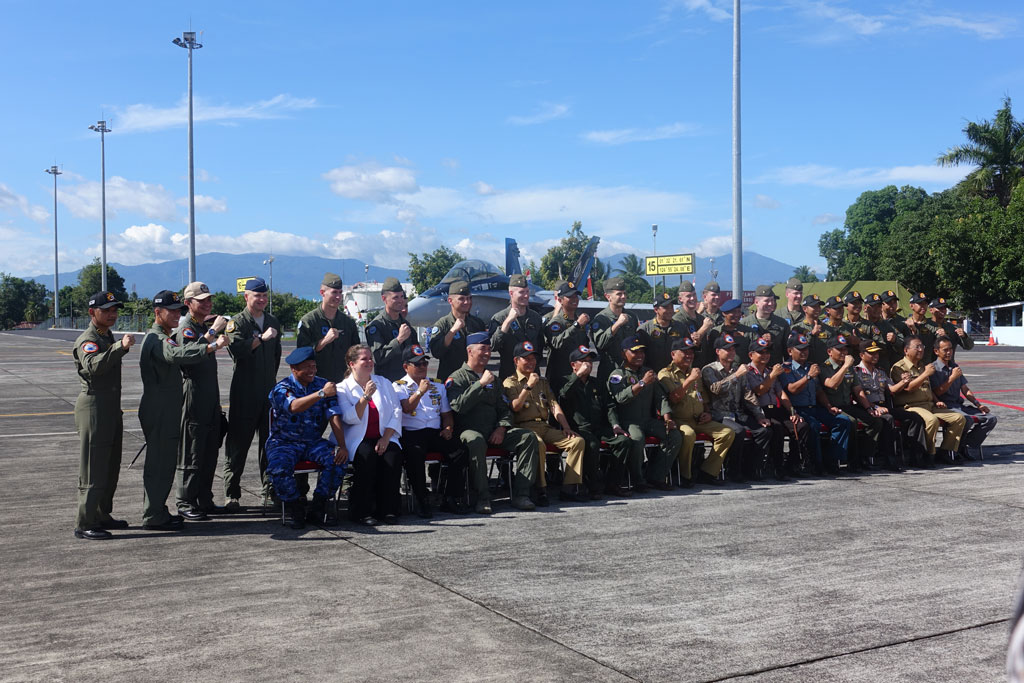 Manado, Indonesia – Service members from both the United States Marine Corps and Indonesian Air Forces participated in an opening ceremony to mark the beginning of the ten day Cope West joint training exercise between the two militaries in Manado, Indonesia. The inauguration of Cope West marks the first time in 19 years that the U.S. Air Force and Indonesian Air Force (TNI-AU) have held bilateral, fighter-to-fighter exercises.

“U.S.-Indonesia defense cooperation has never been stronger or more comprehensive than it is today, and we are proud to be Indonesia’s top defense partner in joint exercises and other engagements,” said U.S. Charge d’Affaires Brian McFeeters at the opening ceremony. Highlighting the strength of the Strategic Partnership between the US and Indonesia he said, “The United States is a strong friend and enthusiastic partner with Indonesia in many areas, including in strengthening Indonesia’s aviation and defense. We look forward to a continuation of our robust and growing relationship.”

Representing the U.S. military, Marine Lieutenant Colonel Stephen McClune emphasized the importance of holding joint exercises, “Indonesia is a strong regional partner and we use these exercises to not only improve technical skills but also to strengthen friendship, mutual understanding and mutual respect between the two Armed Forces.” He added “The US and Indonesian militaries are further advantaged by the use of similar aircraft. This commonality more easily allows us work together to address regional issues.”

The Cope West exercises will be held in Manado from October 31 through November 11. These exercises are just one example of the many ways in which the United States partners with Indonesia to address regional, political and security challenges in the Asia-Pacific region.