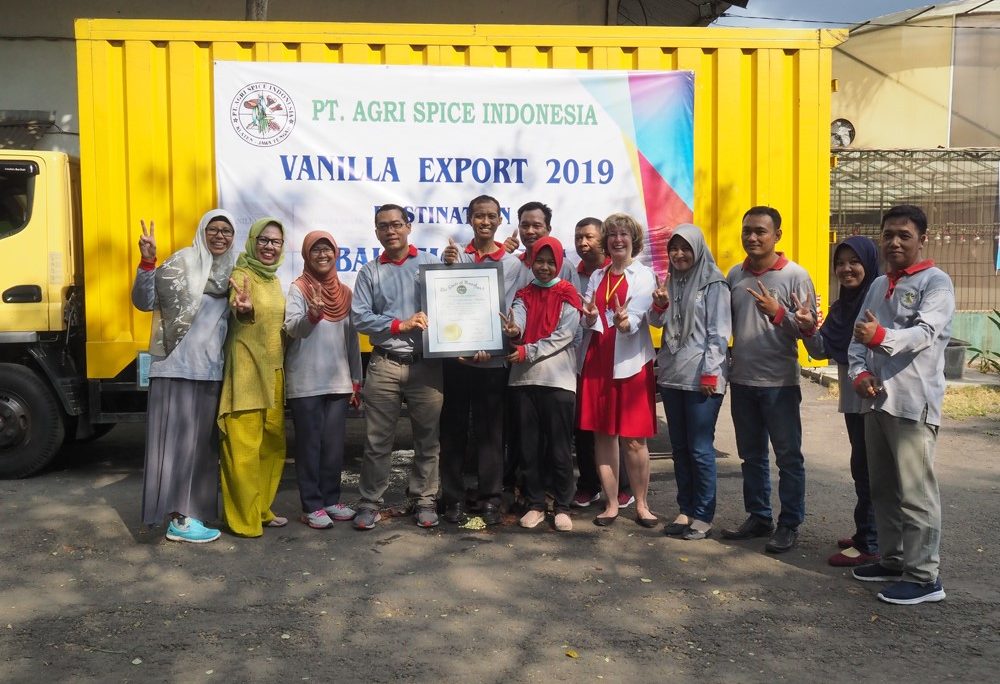 Emphasizing the importance of agricultural trade between the U.S. and Indonesia and development’s role in enhancing the mutual benefit of strong trade relations, DA Glick noted that Americans can better understand other countries’ role in the market by learning about the agribusiness chain.

USAID SCAA also improves Indonesian farmers’ agriculture skills and processing techniques for high-value crops like vanilla, pepper, and cloves, increasing the value and quantity of their products. U.S. company McCormick & co., based in the State of Maryland, is one of PT AgriSpice Indonesia’s major buyers. While in Klaten, DA Glick presented a Governor’s Citation from the State of Maryland to PT AgriSpice Indonesia leadership, citing the appreciation of the people of Maryland, and sent off a two-ton shipment of vanilla bound for Maryland. There she also highlighted the importance of people-to-people connections upon celebrating 70 years of U.S.-Indonesia relations.

Prior to her arrival in Indonesia, on November 4, DA Glick participated in the Indo-Pacific Business Forum in Bangkok, Thailand, where she addressed USAID’s expanding partnerships in Indo-Pacific countries (including Indonesia) on energy, infrastructure, digital connectivity, trade, and other economic activities.

ABOUT USAID
Through results-driven investment, USAID works with the Government of Indonesia, local leaders, the private sector, civil society, and other development partners to strengthen a just and accountable democracy, expand basic services, and enhance mutual security and prosperity. 2019 marks the 70th anniversary of U.S.-Indonesia relations; the U.S. Government is proud to share a long history of partnership with Indonesia and looks forward to further strengthening mutual security, health, and prosperity over the next 70 years and beyond.