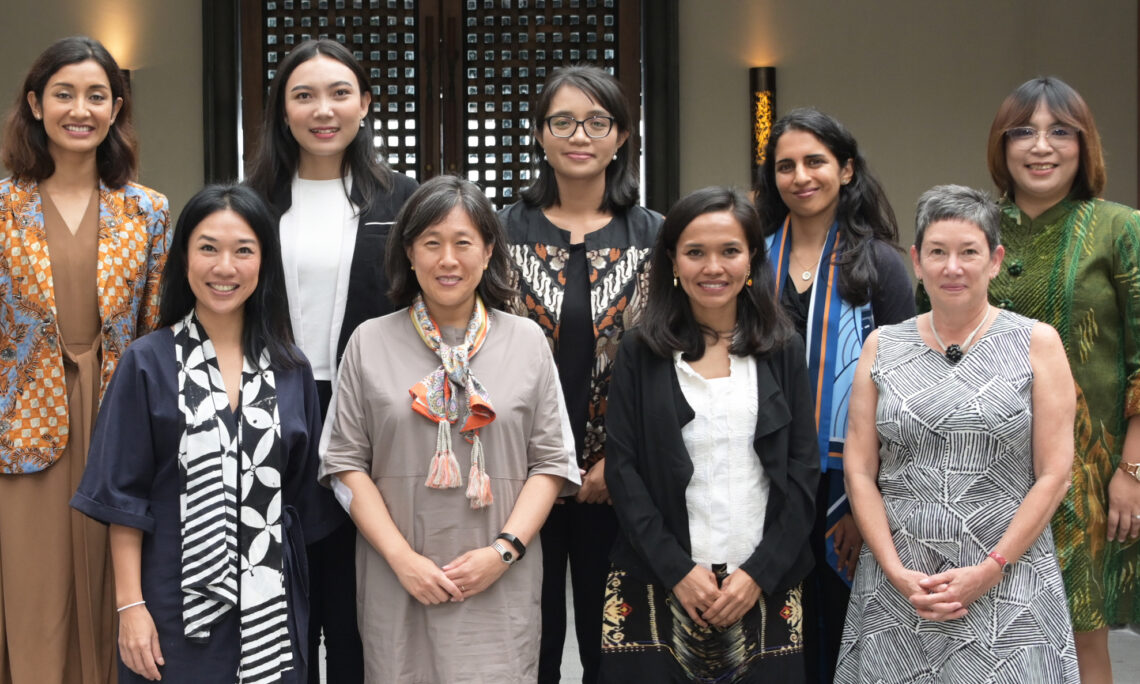 BALI, Indonesia – United States Trade Representative Katherine Tai today met with a diverse group of Bali-based women leaders to hear their stories, learn of their challenges, and to share her perspectives on today’s global economy.  The women, many of whom have studied in the United States or visited on a U.S. government-funded exchange program, represented a range of interests, including education, entrepreneurship, labor, and environmental sustainability.

Ambassador Tai spoke about her own personal leadership journey, and she explained how the United States’ trade agenda is supporting economic growth and investment in Indonesia and throughout the region.

“We are making progress in the struggle for women’s equality and equity around the world, but there is more work to do to empower women and girls both at home in the United States and around the world,” said Ambassador Katherine Tai. “Lifting up female entrepreneurs and workers is an important part of the Indo-Pacific Economic Framework we are developing to drive a race to the top in trade that helps women thrive in a more durable and resilient global economy.”

The theme of sustainability emerged throughout the conversation, as the group reflected on Indonesia’s economic recovery and how countries can best attract investment and create conditions for long-term success.

“I really appreciated Ambassador Tai’s thoughts about thinking beyond our short-term future,” said Lucienne Anhar, co-owner and managing director of Tugu Hotels & Restaurants.  “Our growth will be long-term if we pay attention to the environment and the interests of workers.  There are economic incentives for doing the right thing.”

Ambassador Tai and Deputy United States Trade Representative María Pagán are attending the G20 Trade, Investment and Industry Ministerial Meeting in Bali, September 21-23, and meeting with counterparts and discussing how the world’s leading economies can create sustainable, inclusive economic growth for all people.

While in Bali, Ambassador Tai will also further discussions with Indonesia about the U.S. Indo-Pacific Economic Framework for Prosperity (IPEF), which will increase bilateral trade and investment and promote inclusive economic growth that benefits workers across the region.  Indonesia recently announced that it will participate in all four IPEF pillars: Trade; Supply Chains; Clean Economy; and Fair Economy.

The USTR delegation arrives in Indonesia after visiting Cambodia for annual consultations with the Association of Southeast Asian Nations Economic Ministers, building on the historic investments in U.S.-Southeast Asia relations that President Biden announced during the U.S.-ASEAN Special Summit in May 2022.

Ambassador Katherine Tai was unanimously confirmed by the U.S. Senate as U.S. trade representative in 2021.  She is the first Asian American and the first woman of color to serve in the position.