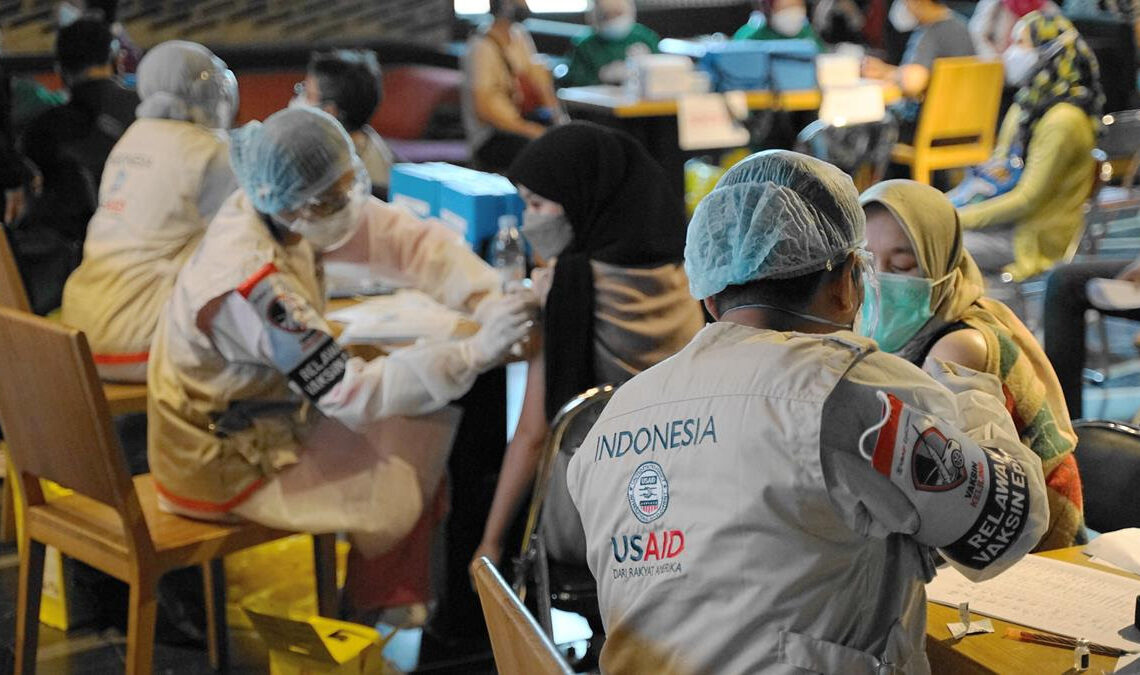 JAKARTA – This week, more than five million doses of donated Pfizer COVID-19 vaccine arrived in Indonesia. With this new arrival, the United States has now donated a total of 40.8 million doses to Indonesia and more than 620 million vaccines to more than 120 countries in every region of the world. This new shipment demonstrates the United States’ continued commitment to meet President Biden’s pledge to donate 1.2 billion doses of safe and effective vaccines worldwide.

The United States is also the largest donor to COVAX, with a commitment of $4 billion. In partnership with UNICEF, COVAX has delivered over 1.4 billion vaccine doses to countries around the world, including over 106 million doses to Indonesia.

Since the onset of the pandemic, the U.S. government has provided more than $77 million to support Indonesia’s COVID-19 response, building on more than $1 billion in health-related assistance over the last two decades. U.S. support has reached more than 260 million people in Indonesia — 94 percent of the population. Through the U.S. Agency for International Development (USAID), the United States has helped more than 840,000 frontline healthcare workers and strengthened almost 2,000 hospitals, clinics, and laboratories.

The United States is committed to partnering with the government and people of Indonesia to save lives while making a strong economic recovery and securing decades of development progress that was harmed by the pandemic. Polio and other routine immunizations have declined, while monitoring and treatment of tuberculosis fell significantly as health facilities were overwhelmed with COVID-19 and patients hesitated to seek treatment for other conditions. USAID’s programs are working to address these collateral effects of COVID-19, in addition to other important priorities such as tackling climate change, increasing Indonesia’s resilience to disasters, protecting wildlife on land and at sea, and promoting pluralism and tolerance.